It was easily a Canes fan's best day since that pesky Nevin Shapiro business started up.

Junior Stephen Morris threw for 436 yards -- the 5th-most in single game school history -- and senior running back Mike James scored 4 touchdowns Saturday to power the University of Miami (3-1) past ACC rival Georgia Tech (2-2) in a thrilling 42-36 overtime comeback in Atlanta.

Miami scooted out to a 19-0 lead in the first quarter after Morris threw a 65-yard touchdown to Phillip Dorsett on just the third play of the game. But the Yellow Jackets went on a 36-0 run in the second and third quarters before Miami managed to gather itself for a dramatic 23-point spree in response -- complete with a game-tying touchdown run from James with just 27 seconds left in regulation.

The Canes defense then managed to stop Georgia Tech inches from the end zone on fourth down in overtime, and James again found six points after a handoff from Morris. The wild finish saw head coach Al Golden chest-bump the Hurricanes mascot and players leap into the stands to celebrate the win with fans and family.

"Coach Golden is trying to instill in us finish, play smarter and tougher," said James, who added 24 receiving yards to 89 on the ground, according to Rivals. "It feels so good to have this. We gave it all we had, put our hearts on the line. I can't ask for more than that from my teammates."

Check out photos and highlights from the game: 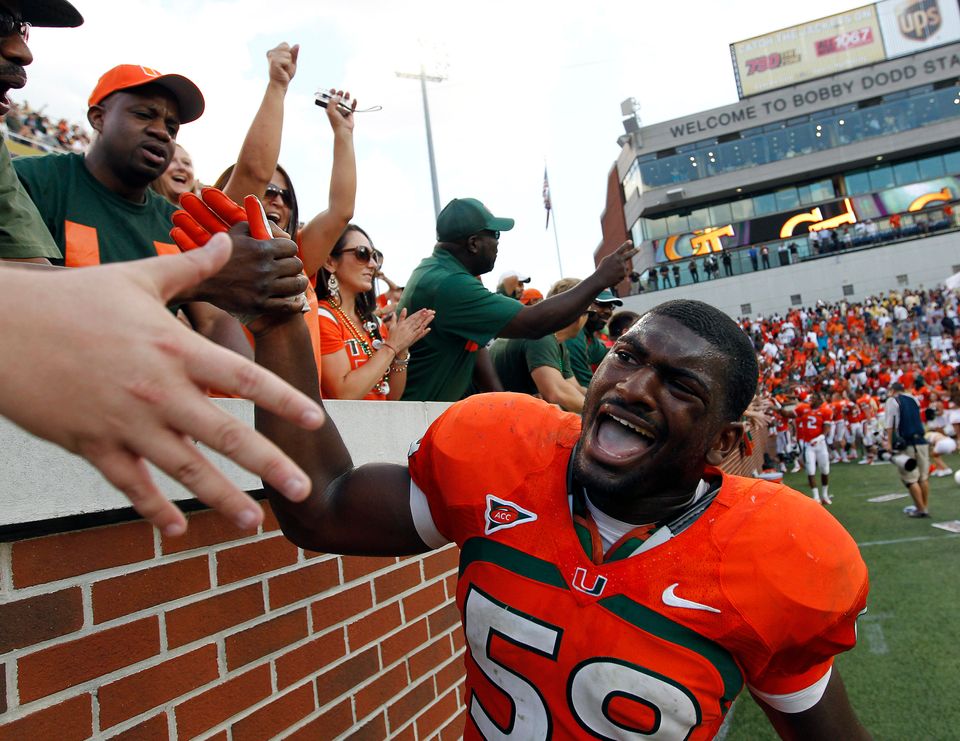