“People who are coming in for business trips... can come with their luggage directly to Brickell or the downtown area,” said Irene Ferradaz, public information officer for Miami-Dade Transit.

From MIA, the new 2.4-mile orange line will travel east to Allapattah, the first of 16 stations, and then move southwest to Brickell, Coconut Grove, and University of Miami, before ending at Dadeland South. The line will be open from 5 a.m. to midnight daily and costs $2.

“Great world cities have great mass transportation,” Alyce Robertson, executive director of the Miami Downtown Development Authority, told HuffPost Miami. “We’re a young city and most of our development occurred after the automobile, and so people are used to traveling by car. As we’ve become a more urbanized community, people are getting out of their cars.”

"I wish it would have been built as a part of the main line already," Robertson said. "I think we put so much into roads that we need to look at how do we get around mass transit also."

Hopping aboard for a test trip, a Miami Herald reporter found that traveling from South Miami to MIA takes 23 minutes once on the train. If one is connecting from the Tri-Rail, the ride to MIA is 10 minutes; the ride from Government Center to MIA is 11 minutes.

But if you're trying to take public transit from one of Miami-Dade's many neighborhoods, the orange line is cumbersome at best. The Herald found that a trip to MIA from Key Biscayne takes about an hour.

Still, the county expects a 12 percent increase in ridership on the Metrorail in the orange line's first year, Ferradaz said.

“Especially young people, they're not moving out to the suburbs,” she said of the area’s growing urban sprawl. “It becomes not as practical to use a car... they want to have a way to get to places without having to take their own vehicle.”

The grand opening ceremony for the new line is Saturday at 10 a.m., with a street festival open to the public at the Stephen P. Clark Government Center from 1 to 4 p.m. with food, live music, and a visit from Jungle Island.

The orange line is just a piece of the growing Miami transit puzzle. In 2013, the county anticipates the completion of the Miami Intermodal Center, (MIC). The center will be a hub of public transportation with not only the MIA Metrorail station, but also seven bus routes, a rental car center, Tri-Rail, AmTrak and Greyhound stations.

Click below for images of the Miami-Dade's newest transit station: 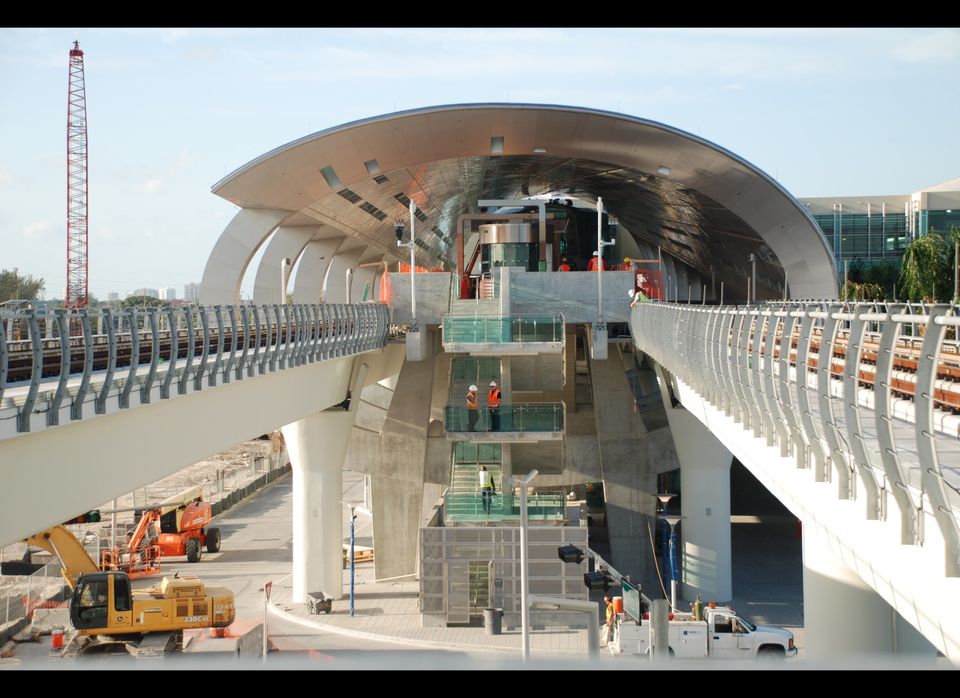