We'd tell you to get a room, Miami, but you're already doin' it there -- and in the club, and on boats, and even in a car outside the Burger King on Biscayne Boulevard, because WE SAW YOU and it was GROSS.

And according to a survey by condom makers Trojan, the Magic City is indeed where the magic happens most. In a survey of their top 10 markets, the company found that Miami keeps it hot with the highest rate of sexual satisfaction (73 percent) and most sex (177 rounds a year).

Though the 305 couldn't top Atlanta in claiming most sexually adventurous (71 percent for the ATL) and exhibiting the highest sex drive (7.2 out of 10 Georgia peaches), we are, apparently, doin' it well -- beating out New York, Los Angeles, Chicago, Philadelphia, San Francisco, Dallas/Ft. Worth, Washington D.C., and Houston to take the crown.

What the survey also found: all across America, everyone's trying to spice things up:

Check out how the other cities fared in the bedroom, and by region below:

PHOTO GALLERY
Which Cities Have Sex The Most? 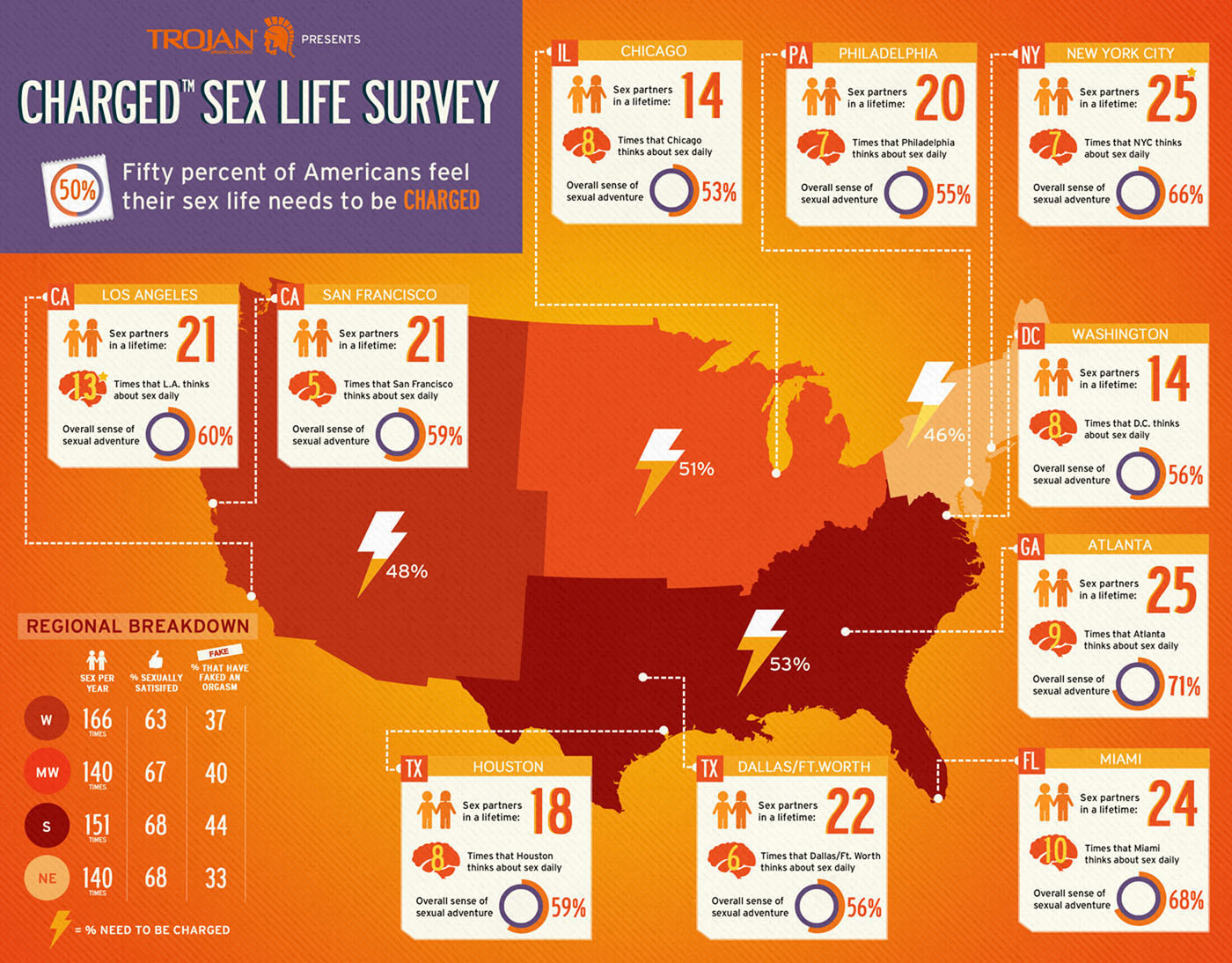 Miami Tops Cities Having Most Sex, According To Trojan Study (PHOTOS)
Which Cities Have Sex The Most? 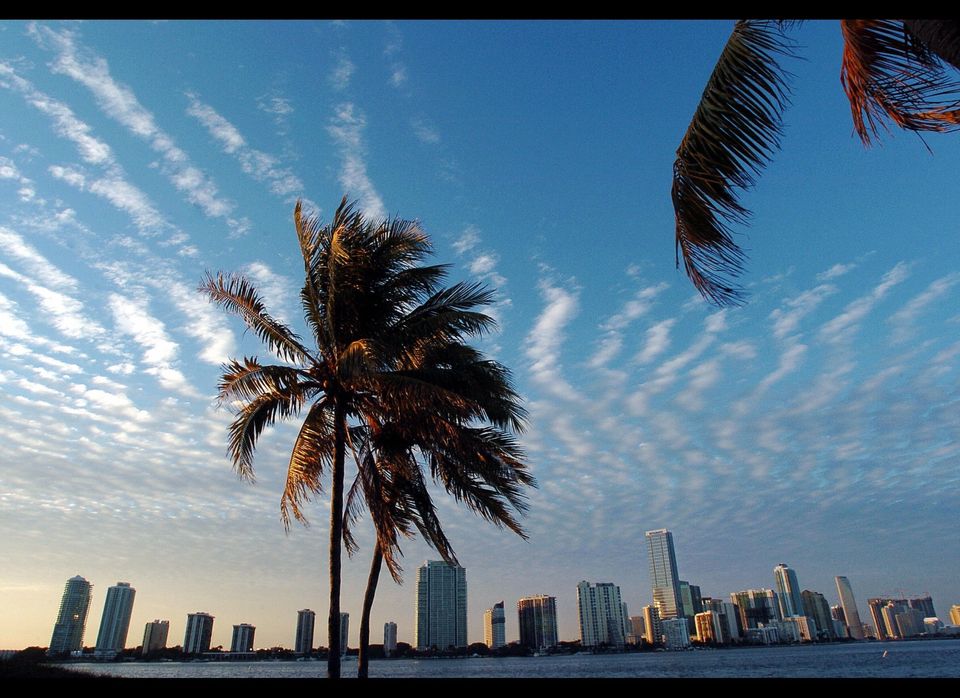