Judging by the crowd, this year's Miami Rum Renaissance Festival was a hit.

Throughout the weeklong event, judges critiqued cane spirits in six sessions (that's a lot of rum) and revelers hit evening parties at Broken Shaker, Bacardi Penthouse, Liar's Club, and more, even traveling by bus to Fort Lauderdale for a night at the Mai-Tai Polynesian Restaurant. Guests also participated in a blind taste test to identify different rums in the Great Rum Challenge, listened to seminars, or watched the United States take on the United Kingdom in the Tiki Olympics (Argh! Those winning Brits!).

Over the weekend, more than 40 rum vendors filled the hotel during the public grand tasting, mixing up cocktails or serving straight shots of their prized elixir. Check out photos of the grand tasting below: 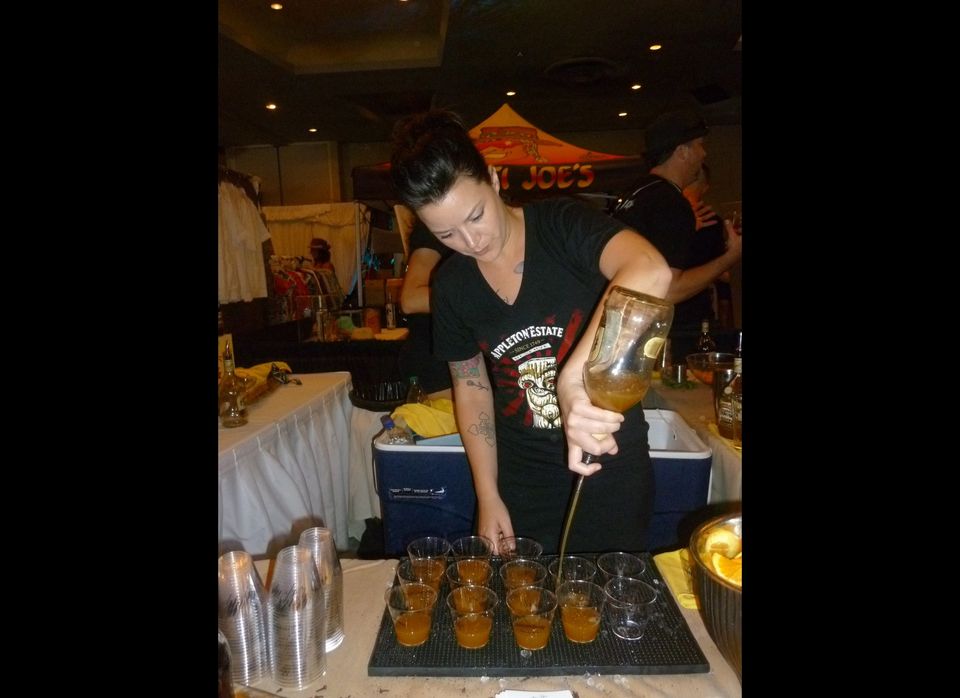