We're the city of fake boobs and artificial islands so why shouldn't our landmark be a giant pretend sun?

One of the entries that didn't make it into the finals of the DawnTown competition, which asked firms around the world for a "symbol of the future" set in Bayfront Park, is Miami Sun by Swedish firm VisionDivision.

The gigantic, throbbing orb was slated to be 1,000 feet wide and 500 feet high, says VisionDivision's Ulf Mejergren, and sit offshore in Biscayne Bay, only accessible by boat.

The half sphere was to include a hotel and casino on its bottom floors and an observation deck upstairs.

The glass-fronted sphere would have dimmed and glowed, reflecting the time of day, creating "spectacular sunrises and blazing sunsets for the park at dusk and dawn," according to the project web site.

Most wonderfully, however, is that at night, the Miami Sun would have become a 500-foot white, milky glowing moon.

The team states that their project symbolizes "both the laid back way of the Miami lifestyle as well as the flamboyant decadence."

"People will hopefully flock once again to the front porch of Miami to catch a relaxing tropical sunset," they continue, "or listening to house music and drinking coconut drinks on a small tropical island next to a huge moon."

Why not just stick a plastic flamingo in your pants and call it day?

No but seriously, without this, the only way to catch a local sunset of this magnitude is to drive west and snuggle in between some gators to watch the burning orange sun lower into Everglades.

And as for sunrise, everyone knows Miamians are nowhere near awake early enough to catch our beautiful dawn.

But the casino inside may be throwing locals off; Miami New Times called Miami Sun a "private monstrosity passed off as some public good."

Click below for the DawnTown winners, which include a swooping tower, a lemon-hued wading pool, and an artificial forest: 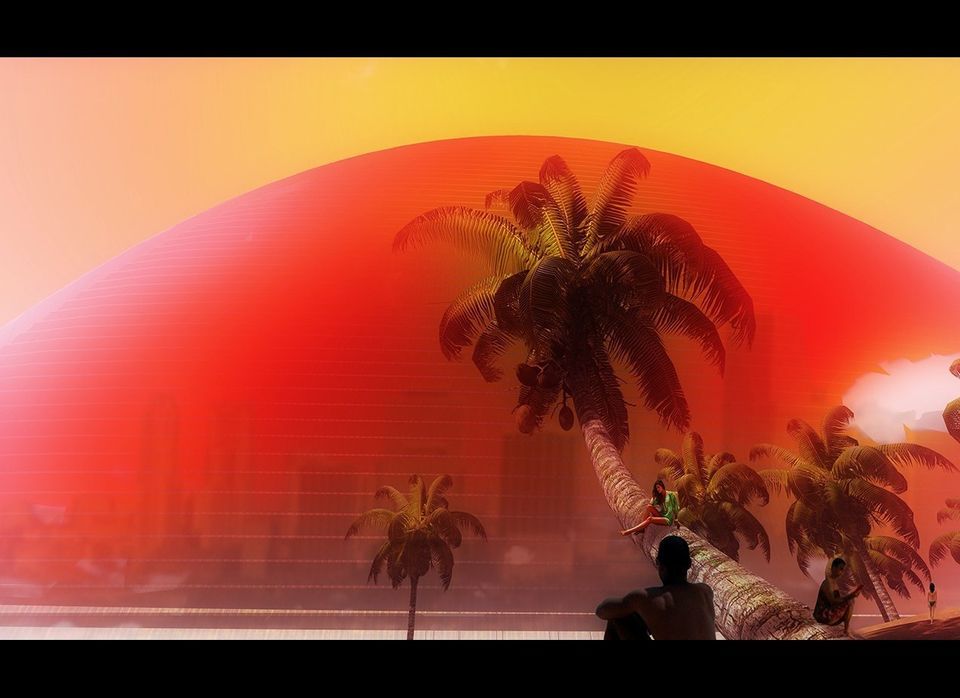 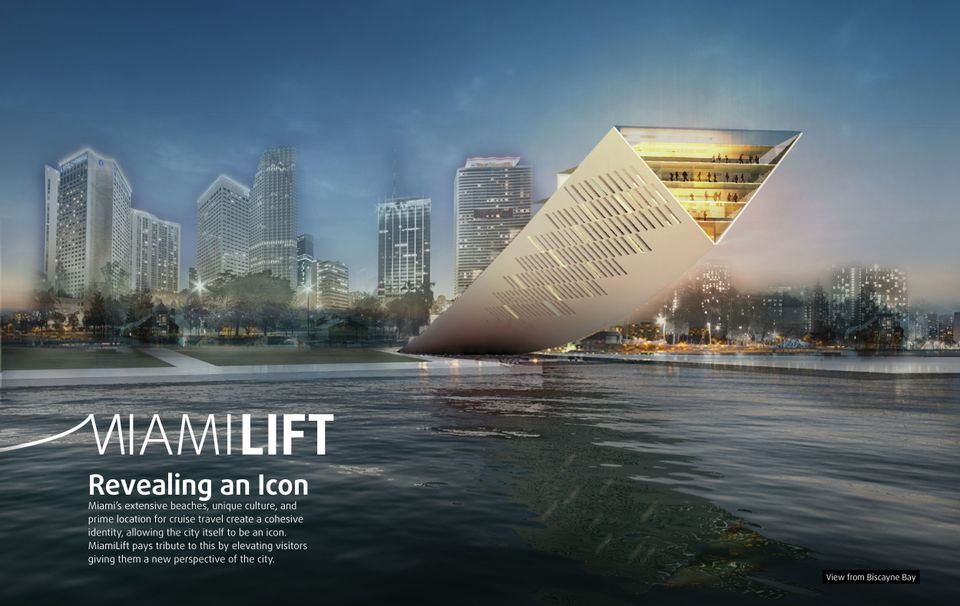