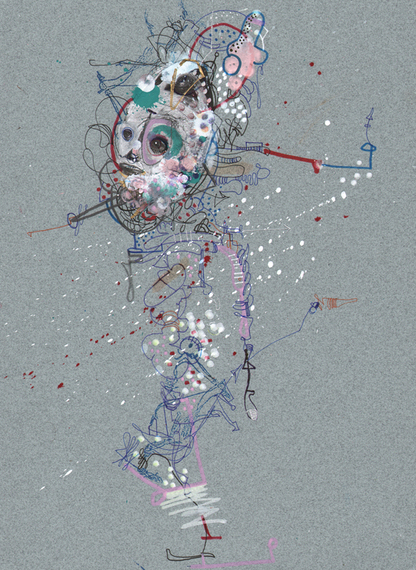 2013 was what you might call a seam-splitting year for Michael Alan (who traditionally prefers the suffix "Alien"). Artistically, he produced some of his most consummate work to date, garnering a steady stream of high-praising press from all corners of the media hemisphere -- a feat not easily accomplished in a city saturated by its revolving door of artists and openings. He produced a record of collaborations with artists such as Ariel Pink and Meredith Monk; he presented his "Living Installation" at New Museum Untapped (following a six-hour performance piece at ABC No Rio); and he exhibited works internationally.

His health, by contrast, took a wrong turn and kept driving. 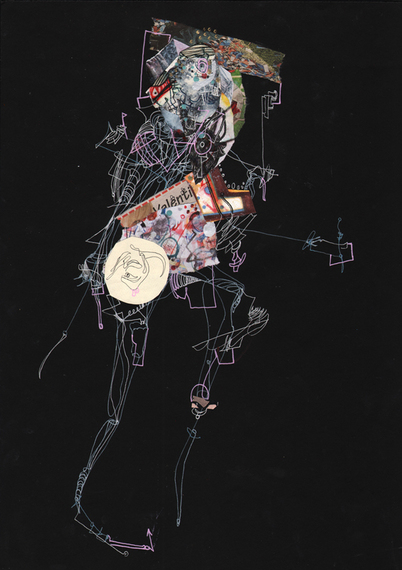 Toward the end of last year, Alan was diagnosed with a blood clot disease known as deep venous thrombosis (DVT), a condition that alone has the potential for catastrophic outcomes. But wait, there's more. His DVT comes as an addition to a laundry list of health complications that includes a broken lower spine, nerve rerouting, and a minor heart attack. And while the greater majority of those among us might append a bed order and self-pity to such diagnoses, Alan's poor health incentivized his production of prolific quantities of solo and collaborative works.

"This show is mostly composed of work I made in bed while healing, either in the hospital or my bed at home recovering from surgeries and my new lovely DVT," said Alan. "Before I was investigating the human race and praising our frailness and our ability to live through. Now the story for me has turned and the work became a place for me to grow and begin really looking inward on my own fragile time and self-reflection." 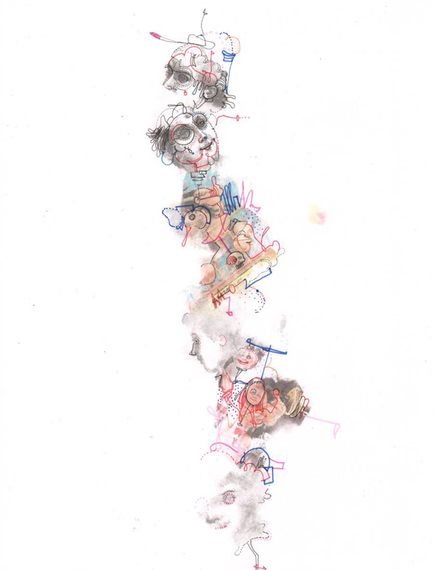 This duality between his work and his health -- of the physical and psychological requirements of each for the successful outcome of either -- have shaped what may be his greatest works to date. At his recent opening at Gasser Grunert Gallery's Lower East Side gallery space, Alan exhibited his new works just a day before a scheduled surgery, one of countless many in past months. He moved with apparent labor, his face chalky, and his body relying heavily on a cane to keep it upright. But Alan's graciousness was unbounded as he was shuffled around by Tanja Grunert to schmooze dealers and collectors, as well as pose for a photo with beloved New York Magazine art critic Jerry Saltz (bonus points). 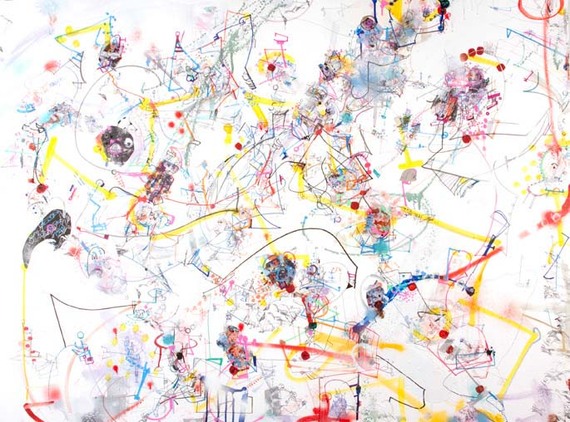 The Energy Reader, his first solo exhibition for over a year, presents a sort of voyeuristic insight into the aberrant and scarcely decipherable mind of Michael Alan. The works possessed an alienable otherness that seeks to explore an ambiguity in time and history. Mixed-media works like Volleyball (2012) create a continuous dialogue with the viewer, never ceasing to offer a new narrative upon each appraisal.

"I work with a long arsenal of drawing and painting techniques that I have developed for years," Aland said. "It is all about the mixing and blending of mediums to create an illusion. Art is magic. From pen and ink, to collaging my own drawings, spray paint, images, oil, everything over everything."

Michael Alan continues to undergo treatment for his health complications. In the meantime, he's giving the proverbial finger to any nuisance, health related or otherwise, seeking to disrupt his ability to keep making weird-ass art.

All images courtesy of the artist and Klemens Gasser & Tanja Grunert, Inc.