A couple in Evansville, Indiana faces multiple charges after allegedly allowing the woman's 1-year-old daughter to play with a .40 caliber pistol and put it in her mouth.

Videos of the toddler with the weapon were discovered by police on the cellphone of Michael Barnes, 19. He was busted for allegedly trying to sell a handgun to an undercover officer on Thursday, Newser reports.

According to a police report, Barnes can be heard telling the child to say "pow." At one point, the child can be seen placing the muzzle of the gun to her mouth.

At no point during the video, did the suspect take the gun away from the child, who officials initially incorrectly identified as male.

Authorities did not say if the gun was loaded.

The baby's mother, Toni Wilson, 22, was questioned about the video and detectives determined she was there at the time of filming.

Wilson and Barnes also have 1-month-old twins together. All of the children were placed into emergency care, according to the Evansville Police Department.

The couple remains in custody at the Vanderburgh County Jail. 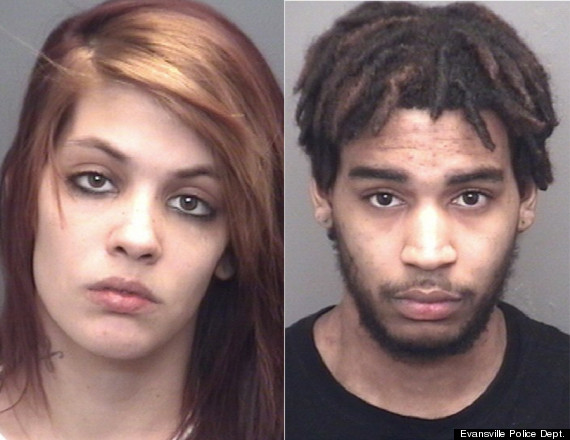