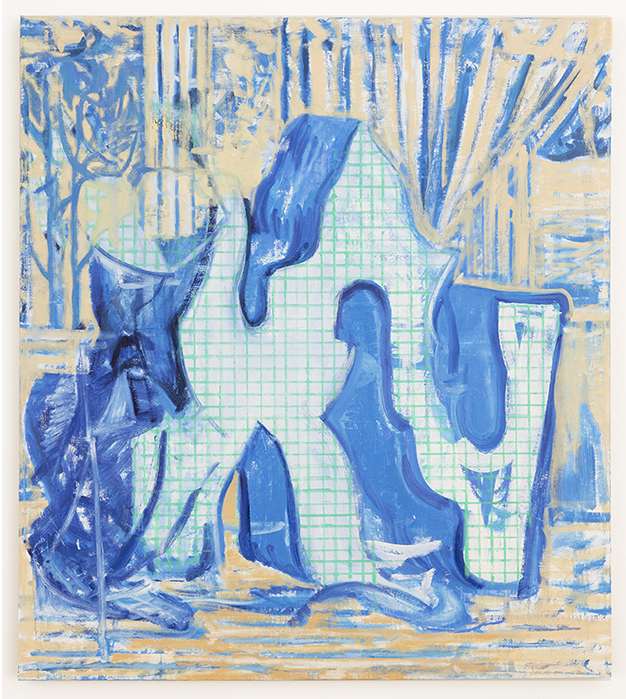 Michael Berryhill's exhibition, Incidental Western, at Kansas Gallery, is composed of paintings and sculptures of various scales. Some of the paintings include renderings of a mathematician's graph paper, with intersecting lines that plot out and induce direction, neither indeterminate or arbitrary. Perspective lines devolve into grid-like patterns, moving towards objects near the center of the canvas. This friction results in an inverse of Charles Burchfield's wave-fields: focus creeps further inward, with a gravitational pull toward the center. Paintings of interiors offer a symbol of the private, and objects without action offer an immediate reality of enclosures and zones. Pictorial images of distorted geometric forms within interiors are structured, often upon regular grids, representing the finite but not necessarily the known. 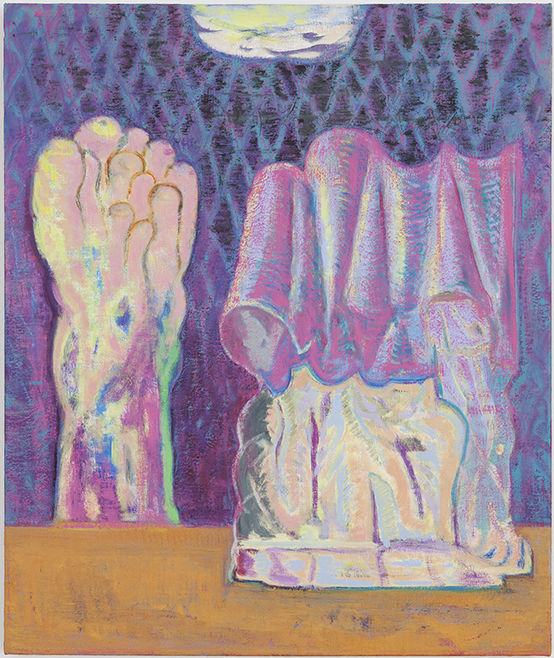 In a few of Berryhill's titles, there's a delineation of rearranged letters, such as in "Mife on Lars", and "Schmevelations", leading to unstable binding and a subversion of sensory data. In his oil paintings, pigments appear centuries old, mimetic of van Gogh's lead-based chrome yellow and almost posturing as toxic. The sculpture, "Pump Jack Ass" is an ink drawing of a donkey, cut out and draped over a wood and styrofoam structure, resulting in a totemic implication of the golden fleece: a predestined course of action and fateful conquest of the impossible. Berryhill's work seems to explore possible relationships among impossibilities with a calculated focus that's not merely incidental, but the course of a powerful process with perhaps a preordained outcome. 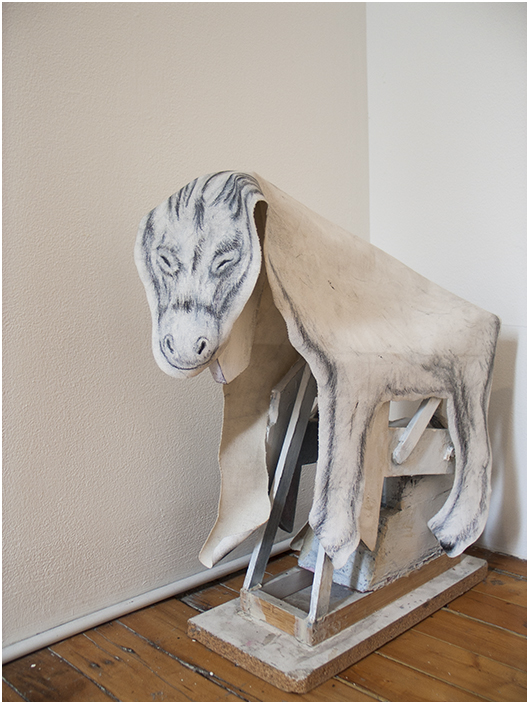