Our senses are constantly bombarded with images of violence and warfare, and our appetites for such destructive imagery have adjusted accordingly. This bizarre desire to digest visuals of chaos and destruction led photographer Michael Bodiam and set designer Anna Burns to ask: "Are we hungry, enthralled or just anesthetized?"

In their series, "Silent But Violent," Bodiam and Burns test the viewer's morbid attraction to dangerous images, transforming them into something oddly appealing and even adorable. The images conjure an unsettling proximity between obliteration and domesticity, with a symbol historically associated with mass destruction suddenly resembling something you'd find on Pinterest. 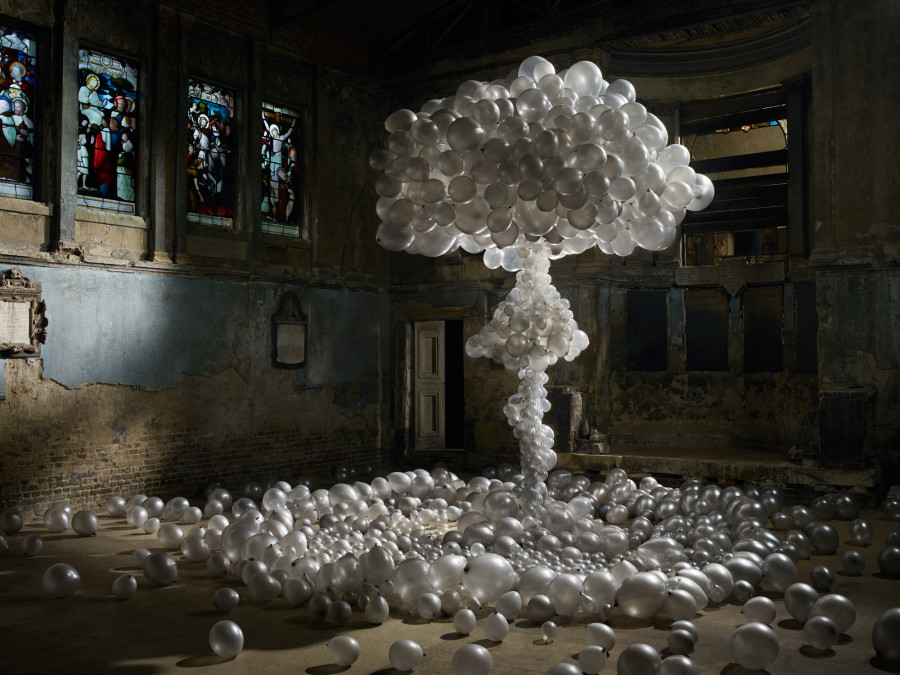 "Set designer Anna Burns approached me with the idea of wanting to create a photographic series of images that featured hobby craft versions of mushroom clouds," Bodiam explained to The Huffington Post. "The idea was simple but I could tell immediately that there was a lot of potential to create a series of intriguing and arresting images. We then set about thinking about different ways to recreate the mushroom clouds, how they should be shot and the environments they should be located in."

The resulting images question the relationship between our eyes and our minds, while exploring the effects of consuming so much violent imagery. "I think the juxtaposition of creating something so synonymous with destruction out of something so innocent is unorthodox and interesting, it breaks down the icon and perhaps even the idea of iconography itself. For me, there's a definite sense of voyeurism to the images -- as a viewer you feel like you've chanced upon something that you shouldn't have and you want to take a closer look but you're afraid of the consequences. The beauty of it draws you in but the realization of its darkness pushes you back."