A Cleveland police officer is charged with misdemeanor assault for an incident that took place just days after he was acquitted in the killing of two unarmed black people.

Michael Brelo is accused of assaulting his brother Mark on May 27, four days after he was found not guilty in the deaths of Timothy Russell and Malissa Williams, according to the alt-weekly Cleveland Scene.

The brothers got into a fight at Michael's house in Bay Village, Cleveland last Wednesday morning, according to a news release from the Bay Village Police Department. Both brothers turned themselves in on Wednesday after they were each charged with misdemeanor assault.

Brelo was previously accused of killing Russell and Williams in 2012 after a long high-speed chase in which the pair was shot at 137 times by police. Russell's car backfired as he sped past Cleveland police headquarters, and authorities and bystanders mistook the car's sound for gunfire.

After the vehicle came to a stop, prosecutors said, Brelo jumped on the hood of the car and fired 15 shots at Russell and Williams. The pair were each shot more than 20 times. It's still unclear why they initially fled.

Cuyahoga County Common Pleas Judge John P. O'Donnell said it was impossible to determine if the shots Brelo fired were responsible for the victims' deaths and that Brelo had reason to believe his life was in danger when he fired the final 15 bullets, the Northeast Ohio Media Group reported.

This story has been updated to reflect information from the Bay Village Police. 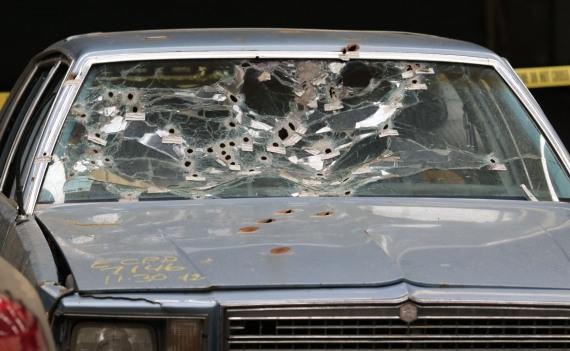