Leave it to the Irish to teach their American cousins a thing or two about the ancient art of the smackdown.

A 2010 interview between Michael D. Higgins, who was elected President of Ireland in 2011, and Boston conservative radio host Michael Graham has recently gone viral, with a YouTube clip of the debate attracting over half a million visitors. (Close to 200,000 of those visits were recorded in the past 48 hours, according to The Irish Times.)

The clip's newfound surge in popularity is due in large part to video-sharing website Upworthy, which posted the audio on Tuesday with the headline, "A Tea Partier Decided To Pick A Fight With A Foreign President. It Didn't Go So Well."

The contentious encounter occurred during a May 28 special broadcast of The Right Hook, a NewsTalk radio program hosted by conservative Irish radio pundit George Hook. The fiery Higgins, a longtime leftist politician and human rights activist, takes Graham, a Tea Party organizer, to task for the party's criticisms of President Obama and its strident opposition to the White House's health care reform bill.

"I think even the poorest people in the great country that is the United States should be entitled to basic health care," Higgins said. "And I don't think they'll thank the Sarah Palin lookalikes and followers for taking it off them."

Although Graham tries to interject, Higgins is clearly having none of it, continuing to berate Graham and Sarah Palin for perceived warmongering.

"You're about as late an arrival in Irish politics as Sarah Palin is in American politics, and both of you have the same tactic," Higgins continued. "The tactic is, to get a large crowd, whip them up, try and discover what is that creates fear, work on that and feed it right back and you get a frenzy."

Graham, who according to his bio introduced Sarah Palin during a Tea Party rally on Boston Common in 2010, is barely able to get a word in during the tirade, which lasts over four minutes.

As applause and cheering is audible in the background, Higgins tells the American pundit that "the image of the United States is getting better," and upbraids Graham, urging him to "be proud to be a decent American rather just a wanker whipping up fear." 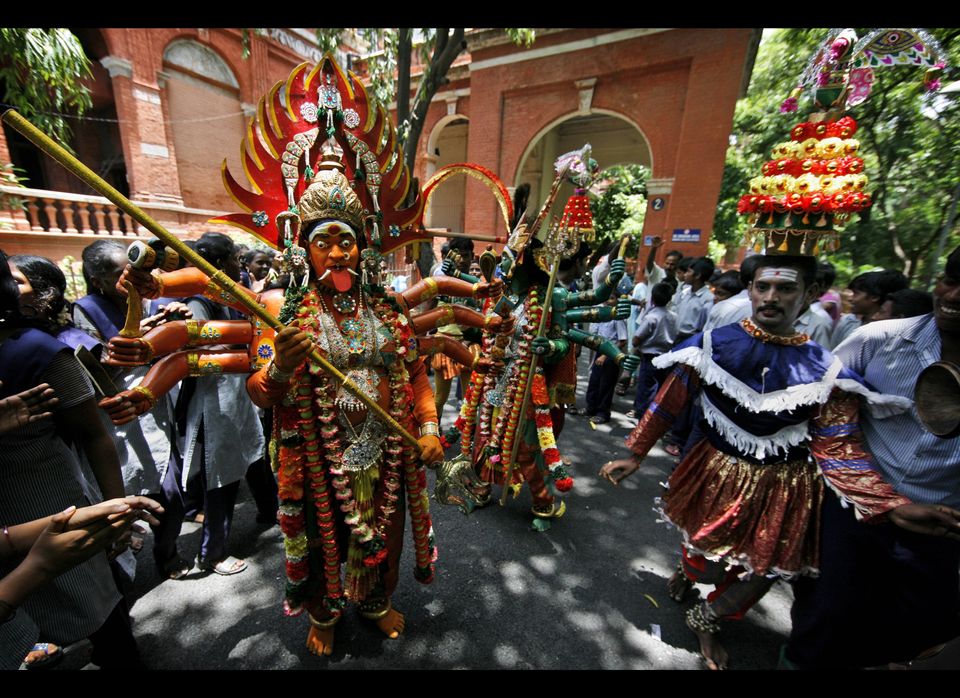