Michael Dell, founder and CEO of computer giant Dell Inc., said he and his wife Susan would donate $36 million from their foundation to help Texas recover from Harvey’s catastrophic flooding.

The donation ― the largest single contribution to a Harvey relief organization yet ― will found the Rebuild Texas Fund. Dell said the new organization would work with Texas-based OneStar Foundation to raise $100 million.

“We’re heartbroken. Michael and I are both from Texas, and the street he grew up on is under water now,” Susan Dell, founder of the Michael & Susan Dell Foundation, said in a statement Friday. “We want everyone to know that we are in this for the long haul to support families and communities – our neighbors in need.”

Celebrities, including Miley Cyrus, Beyoncé, Ellen DeGeneres and JJ Watts, have said they would donate to Harvey relief, but none so much as the Dells. President Donald Trump has promised to give $1 million.

I grew up in Meyerland neighborhood in Houston. Now it looks like this. Please join us and we'll match your gift https://t.co/oINNStvZd4 pic.twitter.com/3VMudbiZy6

“Over the past week we have seen Texans and Americans come together to assist in the relief and recovery efforts and I have no doubt that this generosity will extend to this fund,” Gov. Greg Abbott (R) was quoted as saying in the Dell statement. “I thank Michael and Susan Dell for their commitment to the state of Texas and to all those affected by Hurricane Harvey.”

Harvey has caused massive devastation in the last week, killing dozens, displacing thousands and destroying thousands of homes and businesses. Families are in desperate need of basic goods, such as food, diapers, and feminine hygiene products.

Here are other foundations to donate money to or volunteer with, and how to give specific supplies. 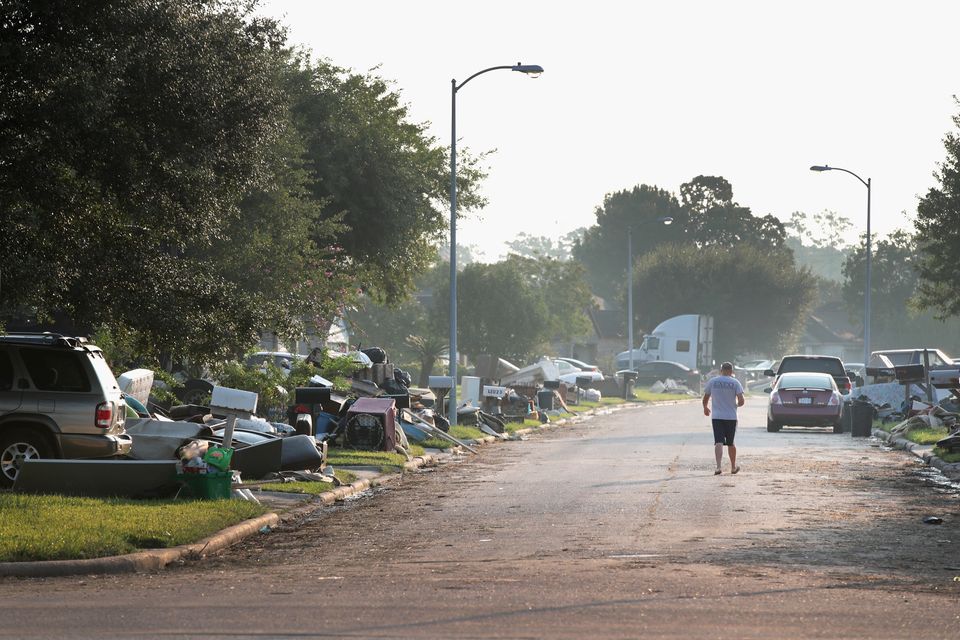