At 444 pounds, Michael Dorsey started season 14 of The Biggest Loser as the heaviest contestant. After losing 136 pounds on the show, Dorsey continues to lose, now down a total of 142 pounds. We caught up with the new father to hear his weight loss success story, in his own words.

How I Gained It: Growing up, I was able to kind of fake it. I was tall and relatively athletic, but I never really took to the whole concept of a healthy lifestyle. My parents did a good job of encouraging me to eat healthy, but most of my weight gain happened after I left home and went to college.

I was homesick a lot, and began eating emotionally -- although I didn't know at the time that's what it was called. I was resorting to food that reminded me of home, when life was simpler and less stressful. I'd pick up snack cakes from Wal-Mart, or even go as far as to drive an hour to the other side of the city to get a cheesesteak that reminded me of how they made them at home. I ate out every single day of the week: Chinese food, fast food, pizza, burgers and fries. Even when I made something at home it was something fatty and fried.

Breaking Point: In 2001, I was diagnosed with sleep apnea. It was the first sign that something wasn't right because of my weight. The second sign was that I began to get lightheaded and dizzy doing everyday things. A couple of months before I was cast for the show I ran up the stairs to get my son who was crying and I got dizzy and almost blacked out. I knew I needed to make a change, or there was a chance he would grow up without his dad. If I didn't take care of me, I couldn't take care of him.

How I Lost It: It took being on the show to realize how I was using food. My BodyMedia armband helped me calculate my calorie burn, and now I find extra ways to be active, like taking the stairs instead of the elevator or parking my car farther away. Michael Jr. is a toddler now, so he thinks he's a track runner, and I can keep up. If I had not had my experience on the show where I was able to lose the weight I may not be able to do that.

I had a choice: to fix my life and be there for my son or to risk disappearing from his life. I want to coach his little league team, I want him to be proud of his dad. It's important to me that he understands the concept of taking care of our bodies. When you are young you think you are immortal, but I learned on the show there was a possibility I could die very young. I'm going to teach Michael Jr. not to be a quitter, and to go for his goals and his dreams. That kept me accountable during the show. There were times I didn't want to keep working hard, but I knew Michael Jr. would watch it one day. What kind of example am I going to be setting if he watches it and can't say he was proud of how his dad carried himself? His picture was sitting on my nightstand and I would give it a kiss every morning. He encouraged me in his own little way. 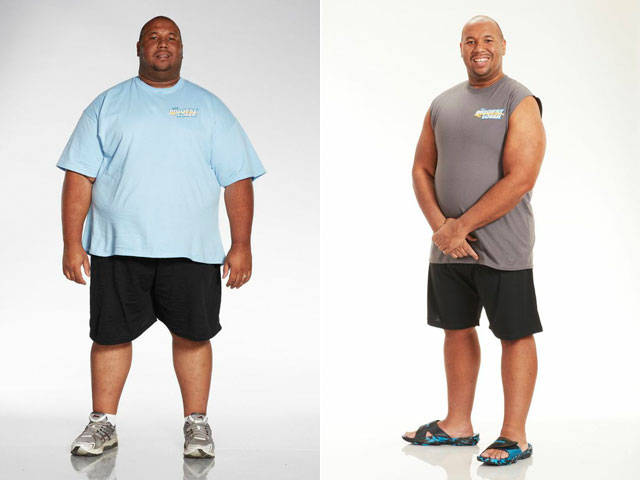