JACKSONVILLE, Fla. (AP) — A Florida man convicted of first-degree murder for fatally shooting a teenager in an argument over loud music outside a Jacksonville convenience store has been sentenced to life in prison without parole.

A life sentence was mandatory for 47-year-old Michael Dunn after prosecutors did not seek the death penalty.

Dunn was convicted of first-degree murder at a second trial in September after jurors deadlocked on the charge at his initial trial in February. Prosecutors say Dunn, who is white, fired 10 times into a sport utility vehicle carrying black teenagers in November 2012, killing 17-year-old Jordan Davis of Marietta, Georgia.

At his first trial in February, Dunn was convicted of three counts of attempted second-degree murder for which he already faced at least 60 years. He claimed self-defense. 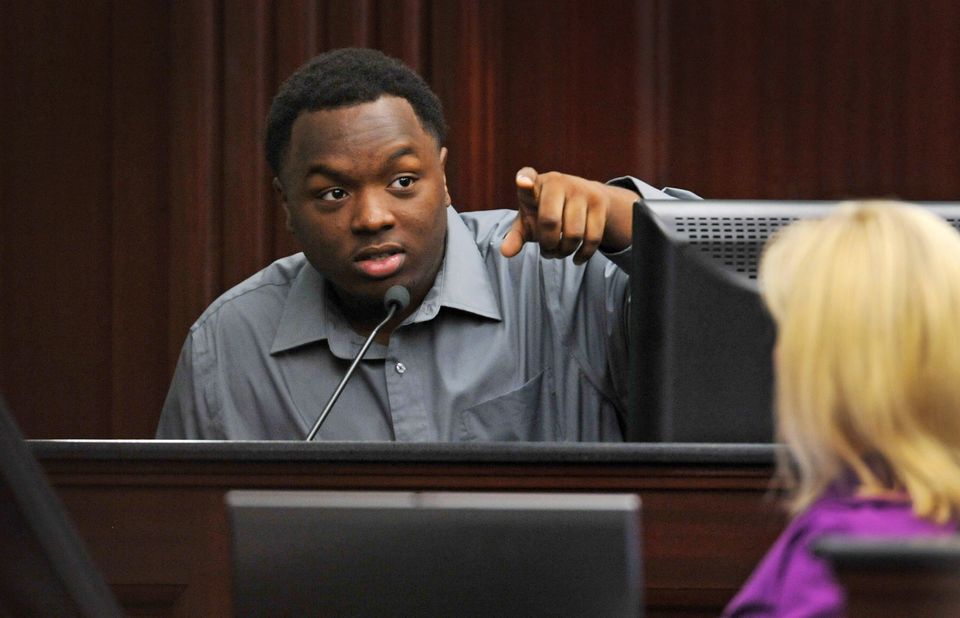 1 / 17
Loud Music Killing
Tevin Thompson, one of the three teens in the vehicle with Jordan Davis testifies during the trial of Michael Dunn on Friday, Sept. 26, 2014 in Jacksonville, Fla. Dunn, 47, is on trial for a second time, charged with first-degree murder in the November 2012 killing of Jordan Davis, a 17-year-old from Marietta, Georgia. Dunn was convicted previously of attempted second-degree murder but that first jury deadlocked on the first-degree murder charge. He faces at least 60 years in prison for the previous convictions. (AP Photo/ The Florida Times-Union, Bob Self, Pool)
ASSOCIATED PRESS