Marty McFly took Hill Valley High School by storm in 1955 when he pre-introduced its students to rock n' roll with a storming rendition of "Johnny B. Goode," and 26 years later, he's still rocking the tune.

Michael J. Fox, who traveled through time and alternate versions of the past and future as McFly in the beloved "Back to the Future" trilogy, hosted his annual charity benefit on Saturday night. Called A Funny Thing Happened On The Way To Cure Parkinson's, the event in New York City featured plenty of big names and performances, but none of them could touch what Fox pulled off on stage.

Donning a red guitar identical to the one he "played" in the school dance scene in the first film -- he actually simulated playing the music, while real musicians did the actual performing for that movie -- Fox rocked the Chuck Berry classic for the crowd. According to the Daily Mail, Fox learned to play the song sometime after the first film and continues playing it today, impressing the world with his skill and determination.

Check out photos of the event below, as well as the original scene. To learn more about The Michael J. Fox Foundation For Parkinson's Research, click here.

PHOTOS (all via Getty): 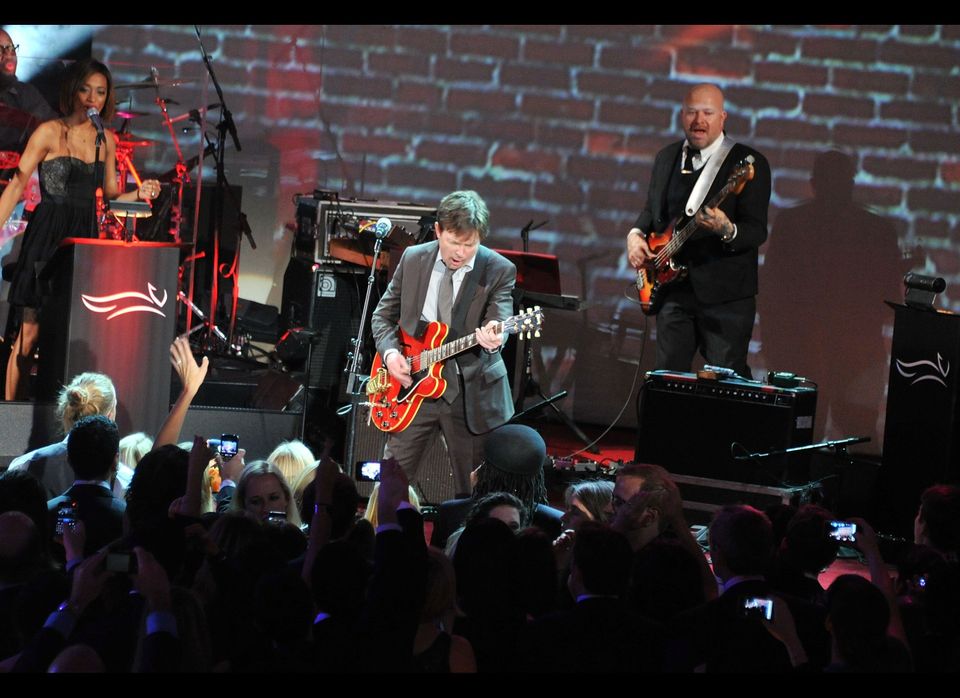