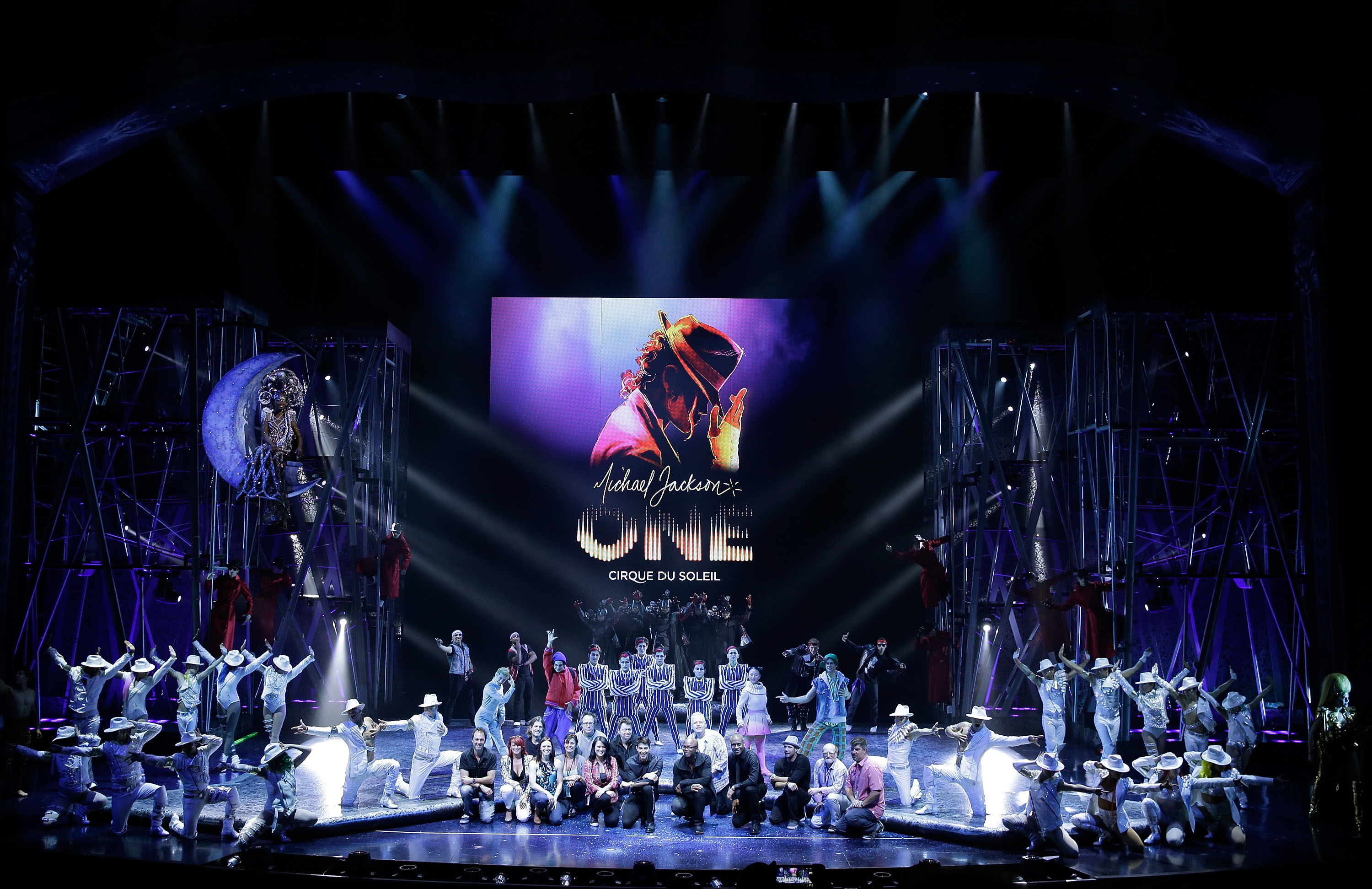 Michael Jackson would have turned 55 last week. Wherever he is, he must be pleased to see a statement he made to Ebony in his final interview come to fruition: "You want what you create to live," he said. "Be it sculpting, painting, music, composition. That is why to escape death I attempt to bind my soul to my work."

Four years after his unexpected death, Jackson's words could hardly be more prescient. His artistic legacy is flourishing. The salacious details of a lengthy, ongoing wrongful-death trial have hardly made a scratch on public opinion (indeed, those who have followed it closely seem to find him more sympathetic and human than he ever was during the final decades of his life). Meanwhile, a new generation of Jackson fans -- added to the considerable global fanbase that grew up with the pop star -- have made him the most influential deceased artist of the 21st century.

Add to this list Cirque du Soleil's remarkable new residency show at Mandalay Bay in Las Vegas, "Michael Jackson ONE." In a special birthday performance on Thursday, August 29th, the achievements previously catalogued were made concrete. Far from the typically superficial sensory onslaught one finds in Vegas, "Michael Jackson ONE" offers a socially conscious, soulful, invigorating experience. By the end of the show, the sold-out crowd -- cross-generational and diverse -- was not only standing and clapping, they were dancing in the aisles.

Where the "Michael Jackson Immortal World Tour" offered a raucous, exhilarating, if occasionally uneven and unsubtle tribute to the King of Pop, "Michael Jackson ONE" (also written and directed by Jamie King, this time in coordination with Montreal native Welby Altidor) feels like a second draft. The result is a richer, more focused, and evocative show.

A collaboration between Cirque and the Michael Jackson Estate, "Michael Jackson ONE" benefits in numerous ways from its permanent setting in Mandalay Bay's fully-refurbished, state-of-the-art theater (which previously housed "The Lion King"). The audience is literally enveloped by screens and sound, lights and acrobats. The elaborate, baroque-style set was designed by François Séguin and draws inspiration from the cover of Jackson's Dangerous album, "Leave Me Alone" video, and Neverland Ranch. These allusions appropriately highlight both the circus-like elements of Jackson's life in the public spotlight as well as the eccentric spirit that embraced what Mikhail Bakhtin described as the "carnivalesque" -- a communal creativity that dissolves hierarchies of race, gender, class and nation.

Indeed, part of what makes the show so effective is the tension it allows to develop between the parasitic and the dialogic. The show's antagonistic presence is the faceless and amoral Mephisto, a techno-media-amalgam -- composed of TVs, cameras, microphones, surveillance equipment, and probing tentacles -- that brings freshly updated dimensions to Faust's soul-seducing Mephistopheles. Mephisto not only represents the perilous industry Jackson confronted as a star since the age of nine, but the Information Age-apparatuses of power and exploitation that threaten to consume us all. 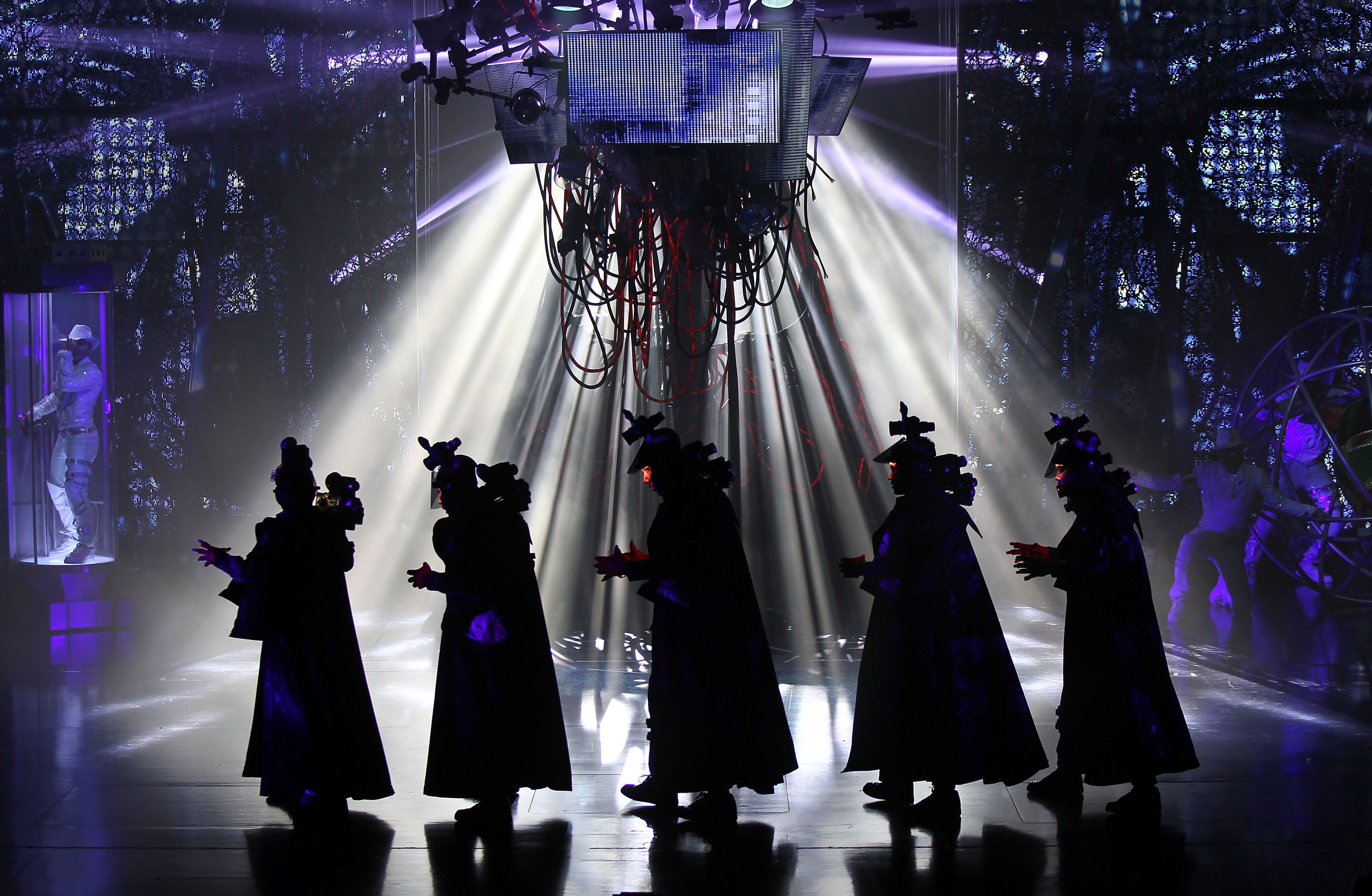 
Yet this is hardly a simplistic retreat into Luddite romanticism. Jackson, after all, fully embraced new media and technology in his own work, revolutionizing the use of studio technology and the medium of the short film. Cirque's show appropriately follows suit. The first thing one notices walking in the theater is the presence of massive audiovisual walls on the stage and to the sides of the theater that project images of Jackson's iconic videos throughout the show.

The sonic experience is similarly breathtaking. Jackson's multi-tracks are masterfully arranged by musical director Kevin Antunes, who alternately pares down production to isolate elements of a song, fuses related tracks, and adds slight variations, dramatic pauses and interaction with the live performers, to give the music a freshness and vitality. It doesn't hurt, of course, that sound designer Jonathan Deans allows us to hear all of this through over 5,500 speakers, strategically positioned on all sides of the audience, including on the backs of seats, to maximize the sonic effect. When the bass line hits on "Billie Jean" you don't just hear it, you feel it.

The cutting-edge technology, however, rarely overwhelms the content. In one of the most moving moments, a ten-year-old Jackson sings "I'll Be There" from the pages of a photo book with no bells and whistles. Hearing the piercing purity of his voice in such clarity, accompanied by 1970s Soul Power-era images of young Michael and the Jackson 5, not only reminds of his transcendent talent, but of his cultural import as perhaps the most famous black boy to grow up in front of America's collective eyes.

In many ways, traveling through Jackson's catalog in the show is like traveling through social history. In "Bad" we find ourselves in a 1980s graffitized urban subway station, with imaging that reminds of the ravaging of cities in the Reagan era as well as the birth of hip hop. In the politically charged 1990s-era street anthem, "They Don't Care About Us," a montage of disturbing images --Ku Klux Klan rallies, the Rodney King beating, victims of AIDS, poverty and war, and environmental destruction--accompanies Jackson's fierce lyrical missive on behalf of the oppressed. Seeing an image of Martin Luther King, Jr., who gave his "I Have a Dream Speech" when Jackson was just five years old, as we hear the line, "If Martin Luther was living, he would not let this be!"--was a particularly poignant moment, especially coming just a day after the fifty-year anniversary of the March on Washington.

The show did contain a few missed opportunities. Perhaps the weakest number was "Wanna Be Startin' Somethin.'" One of the strongest acts in "Immortal" (which captured all of the song's frenetic, tribal, transnational energy), it is reduced in "ONE" to a rather mundane hat-juggling act. Another omission came in the otherwise fantastic "Billie Jean." Where other songs with iconic imagery--"Thriller," "Bad"--featured images of Jackson in the expected context, "Billie Jean" uses extensive video footage of Jackson in the 90s, rather than in the defining moment of his career: his performance of "Billie Jean" for Motown 25 in 1983.

But these are minor qualms for a show that succeeds rather miraculously in not simply showcasing, but immersing the audience in the genius, depth and breadth of Jackson's artistry. Brilliant touches abound, from the Chaplin-inflected homages in "Smile" and "Workin' Day and Night" to the phenomenal acrobatics and choreography of "Smooth Criminal" and "Thriller." 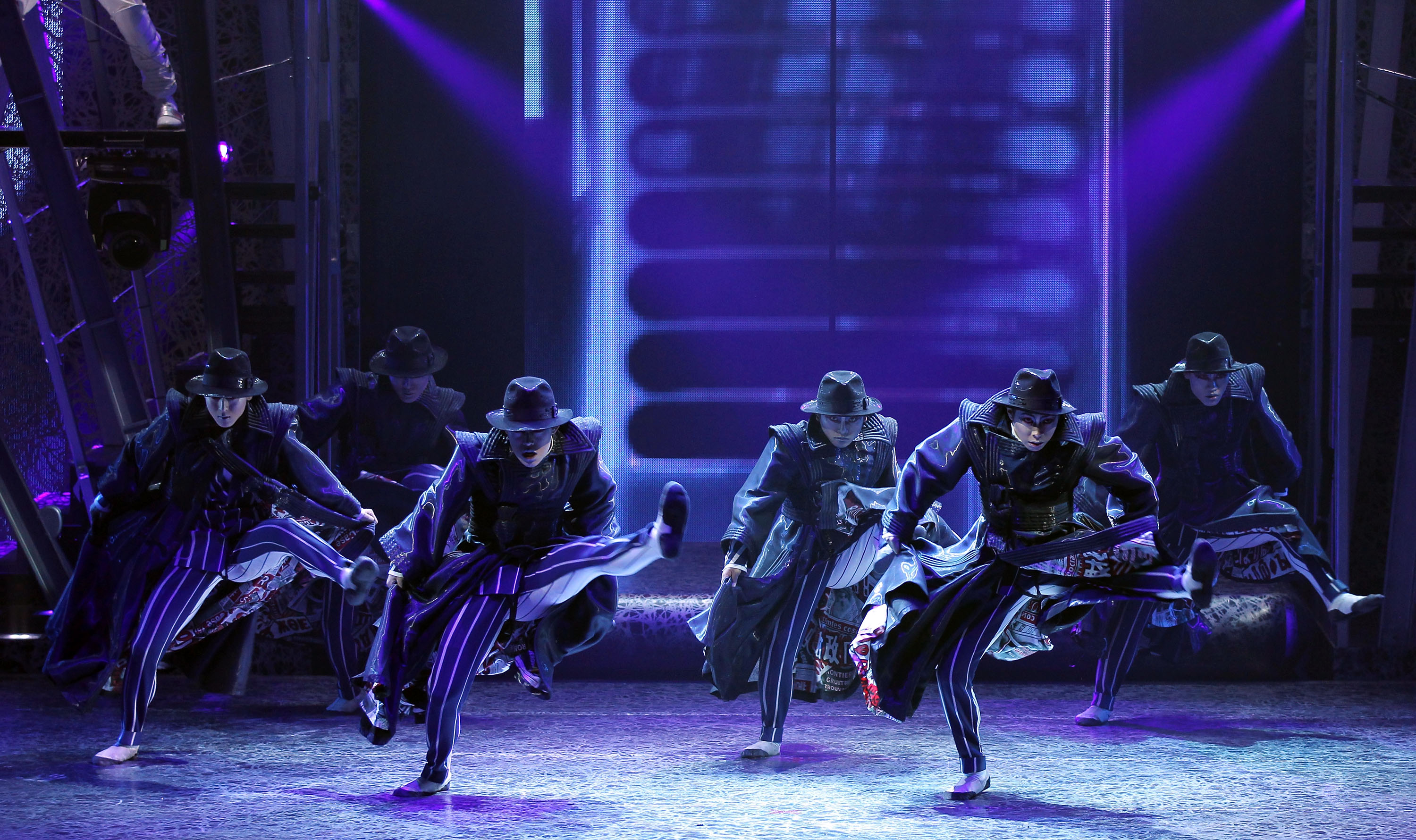 In one of several goosebumps moments, snowflakes fall down on the audience as Jackson delivers the haunting lyrics to "Stranger in Moscow," accompanied by an African moon goddess. On the screen, apparitional images appear of Katherine Jackson, Diana Ross, Elizabeth Taylor, and finally Jackson himself, exclaiming out of the void, "I'm livin' lonely! I'm livin' lonely, baby!"

The show climaxes with Jackson appearing as an uncannily lifelike illusion/hologram on stage, empowering the "four misfits" who have sought him throughout the show in a sublime rendition of "Man in the Mirror." To this point, Jackson has appeared in video fragments, songs, whispers, laughs, silhouettes, dance moves, but he is finally "revealed," significantly, in a song that encourages the characters (and by extension, the audience) to discover their own meaning in Michael's creative life and work.

In the end, then, the medium is not the message, as Marshall McLuhan would have it. The artist is the message. It is the qualities that Jackson represents in the show--compassion, sensitivity to the vulnerable, social justice and equality--that battle against the mercenary machinery of Mephisto.

Not the trivial message one expects to find at a show in Las Vegas, or in contemporary pop music for that matter. But then, this was Jackson's expressed plan to "escape death" all along--it was no mere Siegfried and Roy magic trick; it was to make art that mattered, that spoke to people, that carried in it his "soul" long after he passed on.

"Michael Jackson ONE" offers the latest proof that in spite of ongoing attempts to reduce him to a tabloid caricature, the King of Pop beats on against the current in the vitality of his work.