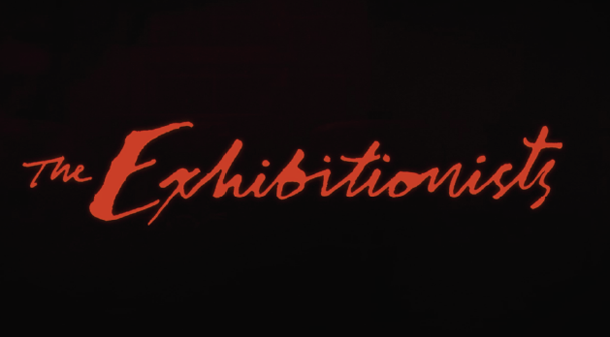 In his debut feature film, Weakness, director Michael Melamedoff examined the relationship between human infirmity and desire, and how the two fuel one another in powerful and unexpected ways. The signature of that film and Melamedoff's latest work, The Exhibitionists, which opened to notable critical acclaim at the prestigious Arizona Underground Film Festival this weekend, is the artistic courage to look at the deepest, most unsettling and unsightly manifestations of human desire, while also showing the tenderness and sense of hope that ultimately remains when these manifestations are reconciled with a greater sense of purpose and beauty.

An out-of-body experience is how I would describe the reaction I had when I was invited by the director to a special screening of an early cut of the film in New York City. Given the grotesque yet magical, carnal yet sensual, repulsive yet attractive, celebratory yet apocalyptic imagery and storyline of the film, hours after the spell of the film subsided, I marvelled at how I could connect viscerally to the dark and grotesque desires of the film's ensemble characters, a reaction I expect many viewers of The Exhibitionists will share. 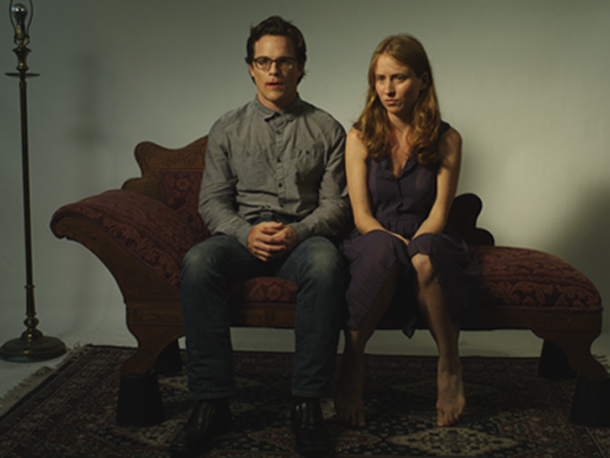 In marvellous self-reflectivity, the film, produced with a meager budget of only $75,000, depicts 36 hours in the life of Walter Todd (played by Richard Short), a filmmaker with quixotic sexual obsessions and a rueful dark streak, as he gathers friends for a New Year's Eve party. The early scenes of the film, as the party is beginning and guests are arriving and reuniting, create an exciting sense of possibility. As the plot unfolds, however, the parallel between the exploitative film Todd is creating about these guests to satisfy and conjure his own cravings and the one we, the viewers, are consuming, resonates on so many levels that the film is the rare kind of art that turns the camera on the viewer to reveal greater truth. 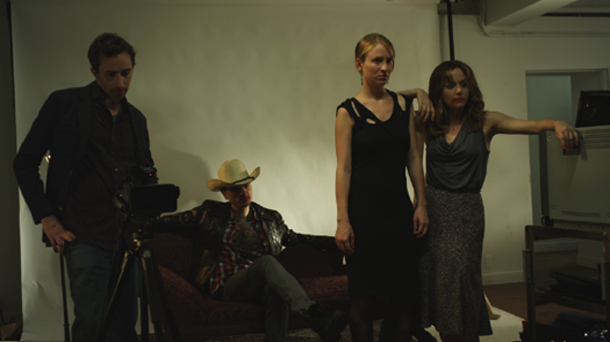 In describing how the project came about, Melamedoff, who is currently working on a feature-length documentary on the Korean Artist Victor Victori, said, "When my frequent collaborator, Michael Hayden, approached me with his first draft for The Exhibitionists I was simply stunned by the material -- his script was saturated with human grotesques, risque sex and shocking violence. For many films this content would exist merely as a genre trope. Instead, what the script for The Exhibitionists delivered was a complex meditation on how the dissemination of sex and violence through media has impacted our archetypes of desire, reshaping them around degradation and exploitation." He goes on to say, "The script disturbed and terrified me. I could not put it down." Indeed the director's deep engagement for the material is integral to taking the viewer into the darkly melodic world of the film.

The Exhibitionists is entertaining, macabre, and engaging. Perhaps most vitally though it will serve as a lightening rod for debate on where to pin the distinctions between art and pornography, desire and destruction. One can only imagine the depths of what this talented film director and crew could create with even a slightly more sizeable budget. Given the quality of this film, it is only a matter of time before we find out.

A trailer for Michael Melamedoff's The Exhibitionists can be viewed by clicking here. For the full schedule of the Arizona Underground Film Festival, click here.