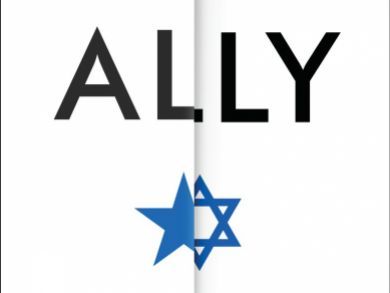 Ally: My Journey Across the American-Israeli Divide, Michael B. Oren, Random House, 432 pages

Michael Oren's new book Ally is an important read for those seeking to understand the complexities of the American Israel alliance. Unlike his previous two books, which were written from the perspective of an historian and became New York Times best-sellers, former Israeli ambassador Michael Oren's latest book is based on his own personal experiences, perceptions and interactions with President Obama and the administration.

Oren blames Obama for tarnishing the years of friendship and understandings between the United States and Israel. He argues that Obama sullied the bedrock of this special relationship by continuously violating the two principles of "no daylight" and "no surprises" between the official positions of the two countries.

Although the author also praises President Obama and criticizes Israeli Prime Minister Netanyahu, he differentiates between the two leaders, in an op-ed published in the Wall Street Journal, "While neither leader monopolized mistakes, only one leader made them deliberately".

Oren tells about being in the White House during Mubarak's downfall and again, coincidentally, when Morsi was unseated."The atmosphere was totally different. In place of the high fives and exhilaration came distraught faces and silence", Oren wrote.

As an American Jew active in political affairs, I found Oren's account deeply disturbing. Although I trust that the friendship between the two countries will be repaired with time, even so, the foreign policy errors cannot be undone.

Oren is to be commended for rushing to publish his book before the United States and other major powers reach a nuclear deal with Iran.

"I wrote the book, and put rather immense pressure on Random House to bring it out not in September, October, the book selling period, but put it out in June now. Now, because Israel is at a crucial, I refer to it as fateful juncture, as an agreement, a nuclear deal with Iran, approaches literally in the coming day", Oren said.

I met Michael Oren on several occasions. He is both an excellent diplomat and a respected historian. It is impossible for me to ignore the facts stated in Oren's memoir. The book has caused a paradigm shift in how I view the Obama administration and a nuclear deal with Iran.

A version of this article was originally published in Mishpacha magazine