A 43-year-old naval submarine commander found himself in over his head in an extramarital affair, and faked his own death to end the romance, according to military authorities.

Cmdr. Michael P. Ward II, who is married with children, allegedly met a 23-year-old Virginia woman, whose name has not been released, through a dating website last October, according to the New London Day. The 23-year-old says that Ward told her he was separated and working in "special ops."

She told the paper that Ward sent her emails under the name "Tony Moore," claiming that he had to communicate under a false name due to the nature of his work. She clarified that he did tell her his real name when they met in person.

"[Ward] asked me to contact you if this ever happened," the email reads. "I am extremely sorry to tell you that he is gone. We tried everything we could to save him. I cannot say more. I am sorry it has to be this way."

He couldn't bail himself out that easily, however. The distraught woman drove out to Ward's home, where the new owner informed her that her ex-lover was alive, and had simply moved to Connecticut to assume command of a submarine, the USS Pittsburgh.

Shortly thereafter, the woman learned that she was pregnant, but says that she has since lost the child.

The woman ultimately contacted the Naval Investigative Service, turning over copies of text messages and emails that Ward allegedly had sent her.

On Aug. 10, the Navy relieved the commander of his duties "due to lack of confidence in Ward's ability to command based upon allegations of personal misconduct," according to a press release.

Ward, who first entered the Navy in 1987, has been reassigned to administrative duties while the Navy investigates the matter. He had been commanding officer of the USS Pittsburgh for only one week.

The Commander, however, is not the only person to be accused of faking his own death in recent months.

Just last week, 47-year-old Raymond Roth vanished from a New York beach, only to be found speeding on a South Carolina highway a few days later. His wife is convinced he was involved in an elaborate scheme to make it appear that he had died.

In May, California couple Santiago and Rosa Carrasco pleaded guilty to faking Santiago's demise in order to obtain death benefits. The pair even managed to keep the jig up for a whole 7 years, until an anonymous person ratted them out to the US government. 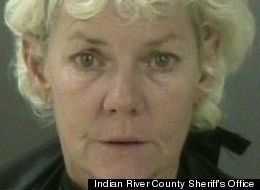