Michael Phelps retired from swimming after becoming the most decorated Olympian ever, but he’ll continue making waves.

The 18-time gold medalist hung up his competitive cap after winning the 4x100-meter medley relay Saturday, but he doesn’t plan to stray far the pool, USA Today reports. The 27-year-old told sportscaster Bob Costas that he'll now focus more on his charity, the Michael Phelps Foundation.

"[It] is the next chapter of my life,” he told Costas.

Established in 2008, according to the organization’s Facebook page, the Michael Phelps Foundation aims to inspire children to lead healthy and active lives through the sport of swimming and to promote critical water safety skills. Phelps established the Foundation with the $1 million bonus he received from Speedo after winning eight gold medals in Beijing.

"There are a lot of pools being shut down, and kids are not able to come out and enjoy it like I did growing up," the charitable athlete told FOXsports.com "I think over time, hopefully, I will have the opportunity to make an impact to cities and states all over the world and hopefully be able to change that."

By partnering with Boys & Girls Clubs of America, KidsHealth.org, the Michael Phelps Swim Schools and the Level Field Fund, the nonprofit has taught more than 2,300 children how to swim, according to kndu.com. More than 80 percent of those participants received swimming instruction for the first time in their lives.

One such program that benefitted from the Michael Phelps Foundation is the Boys and Girls Club in Prosser, Wash. Based in the state with the second highest drowning rate for youth, the club won an $18,000 grant last year and $12,000 this year, according to the news outlet.

“You look around in our area and we have canals that our migrant students get into, and they're fast moving and they don't have the ability to swim,” Ron McHenry, Executive Director of the Boys & Girls Club in Prosser, told kndu.com.

Doling out grants for swim programs that cater to minorities is particularly crucial.

Black children between the ages of 5 and 14 are three times more likely to drown than white children of the same age range, according to the Centers for Disease Control and Prevention. Up to 70 percent of black and Hispanic children cannot swim, USA Swimming Foundation research concluded.

These are the grim statistics that the Broward County Boys & Girls Club of America is determined to tackle with the help of Phelps' charity.

“I think water safety is right up there with oxygen,” Lee Pitts, Aquatic Director at the Broward County Boys & Girls Club of America,” told NBC Miami. “They need to know about water safety. It should be just as important as reading, writing and arithmetic.”

Click through the slideshow below to see photos of Michael Phelps competing through the years.

PHOTO GALLERY
Michael Phelps Through The Years
Download
Calling all HuffPost superfans!
Sign up for membership to become a founding member and help shape HuffPost's next chapter
Join HuffPost 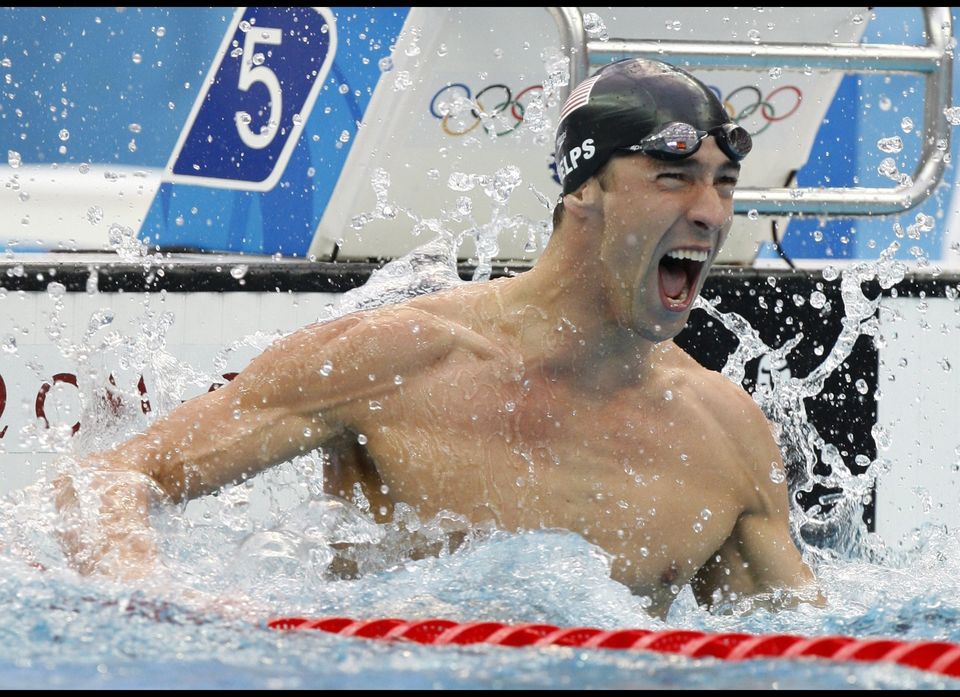 1 / 16
FILE - In this Aug. 16, 2008 file photo, United States' Michael Phelps reacts as he wins gold in the final of the men's 100-meter freestyle during the swimming competitions in the National Aquatics Center at the Beijing 2008 Olympics in Beijing. Phelps retires with twice as many golds as any other Olympian, and his total of 22 medals is easily the best mark. (AP Photo/Mark Baker, File)
AP