Remember when Michael Phelps was yesterday's Olympian? He'll be the subject of headlines tomorrow morning in London and around the world after adding yet another historic gold medal to his resume in the 100-meter butterfly final.

In the last individual race of his career, Phelps surged from the back of the field in the final 50 meters to claim gold in 51.21 seconds. Chad Le Clos of South Africa and Evgeny Korotyshkin of Russia finished in 51.44 seconds to tie for silver.

"I'm just happy that the last one was a win," Phelps told reporters after the race. "That's all I really wanted coming into the night."

"He didn't have it on his goal sheet, but for me that was important," Phelps' coach Bob Bowman said of the three-peat. "I always wanted him to do three just because that was cool."

If one unprecedented treble was "cool" then what is there to say about two?

For U.S. swimmer Missy Franklin, the word that came to mind was "possible."

After breaking a world record en route to a gold medal in the women's 200-meter backstroke, the 17-year-old Franklin spoke about the impact of Phelps' success on his fellow swimmers.

"He helped people kind of re-think the impossible," said Franklin, via Nicole Auerbach of USA Today

After getting his London Games off to a slow start with a fourth-place finish in the 400-meter individual medley and a team silver in the 4x100-meter freestyle relay, Phelps has reasserted himself as one of the dominant stories of the Olympics. With a silver medal in the 200-meter butterfly, Phelps tied Soviet gymnast Larisa Latynina with 18 career Olympics medals. It didn't take long for him to move into sole possession of the top spot on the all-time list. Since le Clos narrowly edged Phelps for gold in that race, the 27-year-old Maryland native has added gold medals in the men's 4x200-meter relay, the 200-meter individual medley and the 100-meter fly. With one last event remaining on his program -- the 4x100-meter medley relay final -- Phelps has a lifetime tally of 17 gold medals and 21 overall. 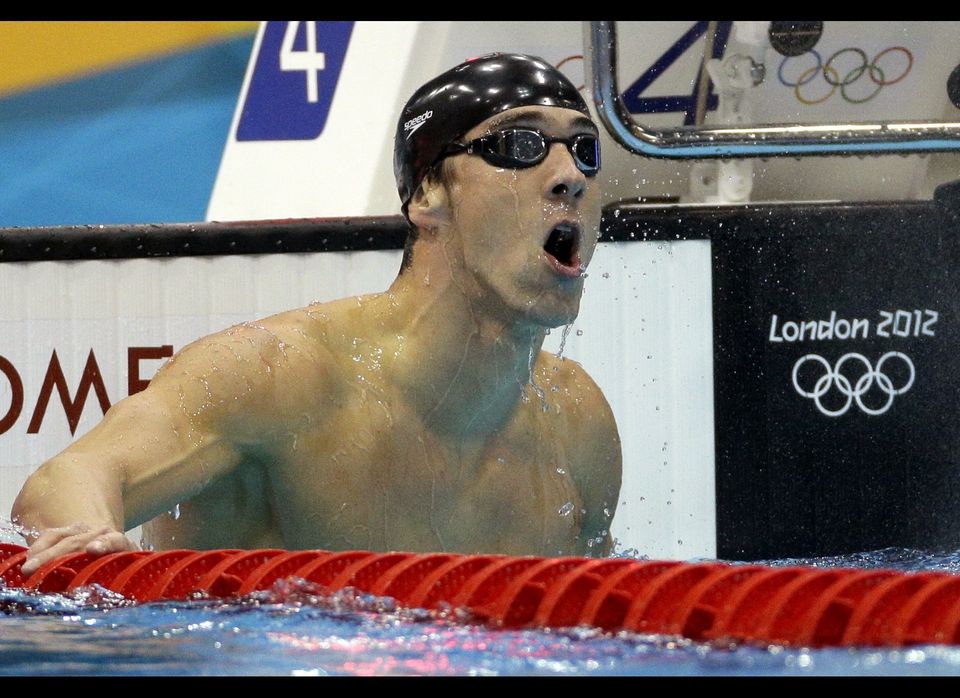 1 / 36
Michael Phelps
United States' Michael Phelps reacts to his gold medal win in the men's 100-meter butterfly swimming final at the Aquatics Centre in the Olympic Park during the 2012 Summer Olympics in London, Friday, Aug. 3, 2012.
AP