With Michael Phelps swimming the anchor leg, the United States won gold in the 4x200-meter freestyle relay. France won silver with China taking bronze. This is the 19th medal of Phelps' career, making him the most decorated Olympian of all time.

"I started smiling with about 20 meters to go," Phelps said after the win, via Nicole Auerback of USA Today. "That's the first time I've ever done that."

Handed a sizable lead for the anchor of the 4x200, Phelps had the luxury of enjoying the trip. Coming off disappointing results in the 4x100-meter relay and the 200-meter freestyle, Ryan Lochte delivered a powerful performance in the first leg, handing Conor Dwyer a lead. Although the gap was closed on Dwyer, he built it back up before Ricky Berens hit the water. The lead continued to grow and Phelps never let the competitors get close.

"I thanked those guys for helping me get to this moment," said Phelps, admitting to reporters that the team had talked about the historical weight of the race. "I told those guys I wanted a big lead. I was like, 'You better give me a big lead going into the last lap,' and they gave it to me. I just wanted to hold on. I thanked them for being able to allow me to have this moment."

Approximately an hour after tying Soviet gymnast Larisa Latynina for most Olympic medals ever with 18, Phelps was back in the water -- likely with a new swim cap. After his record-setting performance that new cap could very well end up in a museum. With his 19th overall medal (15 of them gold), Phelps moved ahead of Latynina, who won 18 medals across the 1956, 1960 and 1964 Summer Games. 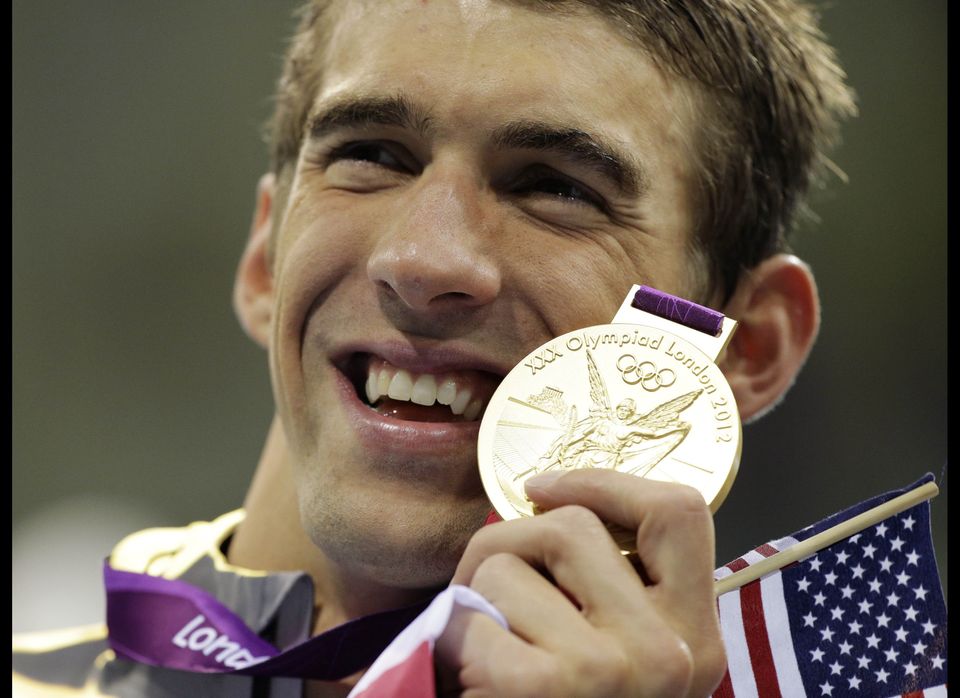 1 / 24
Michael Phelps
United States' Michael Phelps poses with his gold medal for the men's 4x200-meter freestyle relay swimming final at the Aquatics Centre in the Olympic Park during the 2012 Summer Olympics in London, Tuesday, July 31, 2012.
AP