Michael Phelps has left the pool.

Swimming the butterfly leg for the U.S. team in the men's 4x100-meter medley relay, Phelps has completed his program at the London Olympics -- and his swimming career -- with yet another gold medal. That makes 18 gold and 22 total medals over four career trips to the Olympics, including a pair of unprecedented individual three-peats. Having accomplished more than any other Olympian in history, the 27-year-old from Maryland is ready to walk away.

"I told myself I never want to swim when I'm 30," Phelps told reporters after his final race, making it clear that he won't be back in the pool for the 2016 Olympics. "No offense to those people who are 30, but that was something I always said to myself, and that would be in three years. I just don't want to swim for those three years."

Entering the London Olympics, the U.S. had never lost the 4x100-meter medley relay. The American team swam in the fourth lane after recording the fastest qualifying time (3:32.65). Turning over the team after that performance, the swimmers representing the U.S. in the final were among the most impressive of the London Games. Phelps swam the fly leg and was joined by Matt Grevers (who had won gold in backstroke), Nathan Adrian (who won gold in freestyle) and Brendan Hansen (who won bronze in the breaststroke). Not surprisingly, this star-studded quartet captured the gold medal, finishing in 3:29.35.

Leading off with the backstroke, Grevers staked the U.S. team to an early lead. Swimming second, Hansen swam the breaststroke but surrendered the lead to the Japanese team. The U.S. trailed only briefly, however, as Phelps grabbed first place back. In the anchor leg, Adrian extended the lead that Phelps' delivered. According to Swimming World, this was a "textile best" time for the men's 4x100-meter medley relay.

"I felt disappointed I couldn't give them a bigger lead, but I knew that with who was at the end of the relay it would be no problem," Grevers told Pat Forde of Yahoo! Sports. "This is a moment I won't forget – being on that award podium with Michael Phelps on his final relay. He's my swimming idol. The guy is just incredible."

Before the race, Grevers tweeted about his excitement to be swimming in the final race of Phelps' historic career.

It's an honor to be in the last race with the greatest swimmer in history @MichaelPhelps. I'm sure I'll never forget it.

While Phelps' epic 8-for-8 performance at the Beijing Olympics may never be equalled, his haul of four gold medals and two silvers in 2012 makes him both the most decorated Olympian of all time as well as of the 2012 Games to this point.

If Michael Phelps were a country he would be the 36th most successful in summer games history... #greatestolympian

"I don't think his shoes will ever be filled. They're so huge," U.S. swimming star Missy Franklin told reporters after Phelps' finale. "Hopefully I can make little paths next to him." 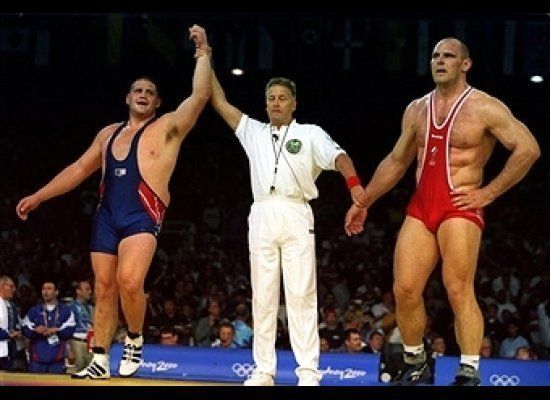