By the time you read this, I will have changed my Facebook profile picture. And I hope you'll do the same.

Why? Yesterday I appeared on CNN to talk about Michael Sam and "the kiss," as it's now come to be called -- the expression of joy and love between Sam and his partner, Vito Cammisano, upon Sam's learning that he'd been the first openly gay player drafted to the NFL, chosen by the St. Louis Rams.

I was joined by openly gay former NFL player Esera Tuaolo. Carol Costello, host of CNN Newsroom, and someone who's done a terrific job of grilling anti-gay crusaders (and with whom I always enjoy chatting), wanted to know what Sam should talk about in his press conference with the Rams yesterday, and if he should discuss "the kiss." I said that I think he should talk about football, which is what this is all about, just like all the other players picked who also kissed their sweethearts (of the opposite gender) upon getting the exciting news but who are not discussing their kisses and will be talking football. (Apparently Sam didn't discuss "the kiss.")

Costello wondered if "the kiss" would be a problem with the other players on the team. This reflected what we've seen in much of the media, some of it coming from much more hostile quarters. People just aren't used to seeing two men or two women kissing, even with all the news coverage of gay marriage. Judging by some of the reactions to the Sam/Cammisano kiss, I'm not sure what they think gay men in relationships do. Play checkers? (Well, maybe sometimes.) We see straight people kissing all the time, all over television, in magazines, in films, on the Internet. A lot of people who consider themselves pro-gay probably are uneasy about seeing gays kissing, just like a lot of people who in the past said they supported interracial marriage were probably uneasy when they saw two straight people of different races kissing (and some still are). And in this case, it's a gay black man and a gay white man kissing.

Mark Joseph Stern wrote a terrific piece on Slate about how all of this means one thing: Gay people need to be kissing more in public. There simply needs to be more queer smooching to desensitize the world.

So with that, I hereby launch the Great Facebook Kiss-In, urging everyone -- whether gay, straight or bi -- to change their profile pics to two women kissing or two men kissing. Maybe it's you and your husband or wife, or your partner or sweetheart, or you and a friend. Maybe it's your dad and your dad, or your mom and your mom. Maybe it's two other people you just like a lot or think are hot. Your favorite celebrities, whatever. I've provided a couple of links to sites where you can choose free-usage photos of two men or two women (but there are many other places you can go), and I've provided a few photos below (free usage from WikiCommons) for you to choose from if you like, which you can download.

Just change your profile pic to a kissing same-sex couple, and urge others to do the same. And for that matter let's do it on Twitter too (and tweet this post with the hashtag #kissin). One day in the future we will look back on all this ridiculousness and laugh. But that's only going to happen if we do exactly this kind of thing a lot. So change those profile photos now. 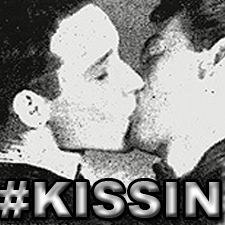 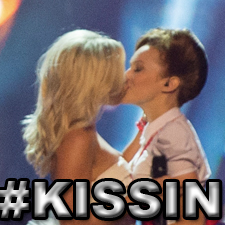 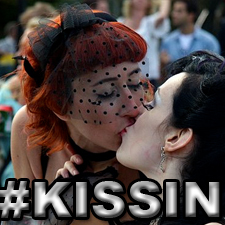 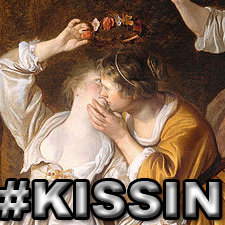 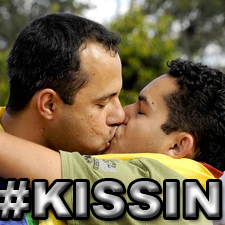 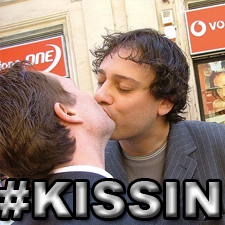 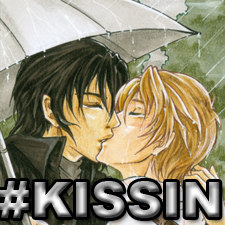 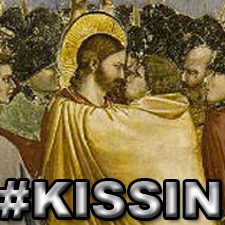 All images are free usage from WikiCommons.