After a day of feverish speculation being feverishly speculated by feverish speculators, Michael Steele signaled he will be seeking a second term as chairman of the Republican National Committee. So much for the speculation, which ran hot enough to have me convinced that he might forego a fight to extend what's already been a tempestuous reign. (This post has been redone to reflect what are the new realities.)

The amazing part: His decision comes at a time when the Republican Party is resurgent, having retaken the House, closed the gap in the Senate, and gained all sorts of seats in local races that too-often go uncovered by the political media. Thing is, no one's really inclined to cut Steele in on the credit. So while we'd ordinarily be talking about his counterpart at the DNC, Tim Kaine (and his potent strategy of a) almost visiting 42 states, b) vainly hoping the locked-in electoral trends don't materialize, and c) closing the deal by handing Jon Stewart a key chain), instead we're poised to watch Steele defend a record that has largely come to be associated with the words "gaffe" and "mismanagement" and "embattled" and "lesbian bondage-themed nightclub" and "called for his resignation."

While most of the negative publicity Steele has garnered over the past year has been for strange rhetorical miscues and the aforementioned nightclub, some serious problems emerged under his leadership. Donors have been publicly derided. Money has been lavishly spent. And RNC fundraising has become so degraded that other efforts -- most notably from Karl Rove and RGA Chair Haley Barbour -- had to be mounted so the GOP candidates who were ultimately successful could get some financial support.

It's been a weird two years, folks. So we've gone back to the wayback machine and here present the mostly-complete history of the decline and (maybe!) fall of Michael Steele. 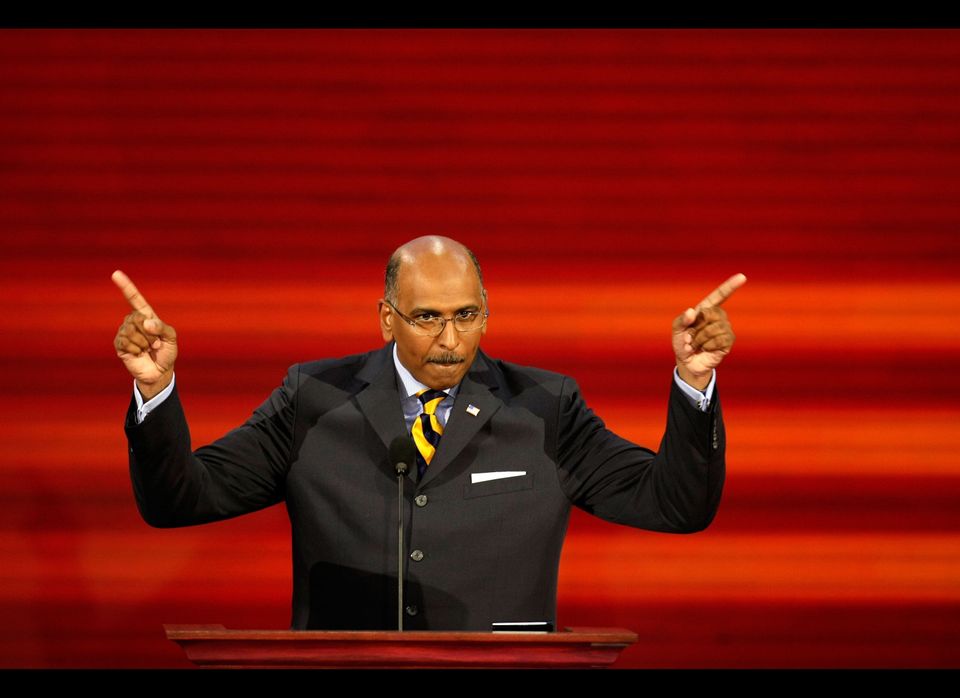 1 / 20
Suggest The GOP Needs A 'Hip Hop' Makeover
Steele began his term promising the <i>Washington Times</i> he had plans for the RNC that could only be described as "off the hook." How off the hook? Timbs we off that? Rims we off that? It was more like, "Economic stims, we off that," as the new Chair referred to the stimulus package as "<a href="https://www.huffpost.com/entry/steele-obama-stimulus-is_n_165295" target="_hplink">bling bling</a>." In short, the s#!t was about to get REAL: "There was underlying concerns we had become too regionalized and the party needed to reach beyond our comfort" zones, he said, citing defeats in such states as Virginia and North Carolina. "We need messengers to really capture that region - young, Hispanic, black, a cross section ... We want to convey that the modern-day GOP looks like the conservative party that stands on principles. But we want to apply them to urban-surburban hip-hop settings." He went on to say that the RNC was about to go "beyond cutting edge." In many ways, he was right!