Michael Stephen Bowden, an elderly veteran, has been arrested after threatening to kill President Obama, according to multiple reports. Bowden was detained in Spartanburg County, South Carolina.

According to WYFF, a Secret Service affidavit alleges that Bowden told a Veterans Affairs nurse that he felt suicidal and that he was "thinking of traveling to Washington, D.C., to shoot the president because he was not doing enough to help African Americans."

WLOX reports that Secret Service agents followed up with Bowden at his home, at which point the elderly veteran wrote a harrowing sworn statement in which he claimed, "If I had the opportunity to put Obama against the wall and shoot him, I would."

According to the affidavit (PDF link), Bowden also "admitted to telling the Veterans Administration clinic nurse he had suicidal thoughts at times, and if he could kill anyone 'I would kill, if possible, the President, for what he has done to this country."

WYFF reports that Bowden, a former New York City policeman and firefighter, has been charged with threats against the president.

Scroll down to see the affidavit. 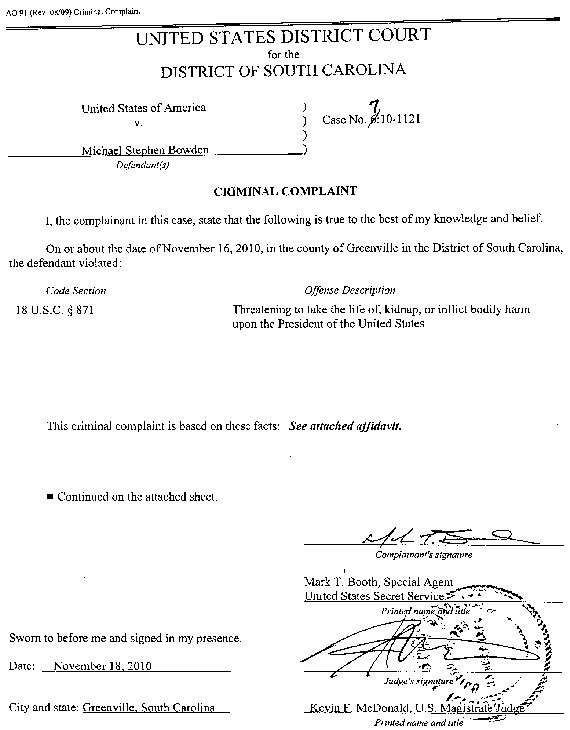 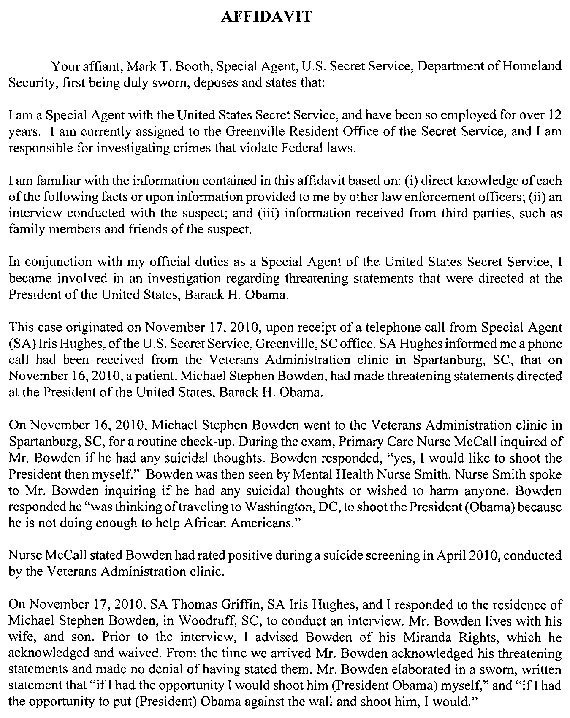 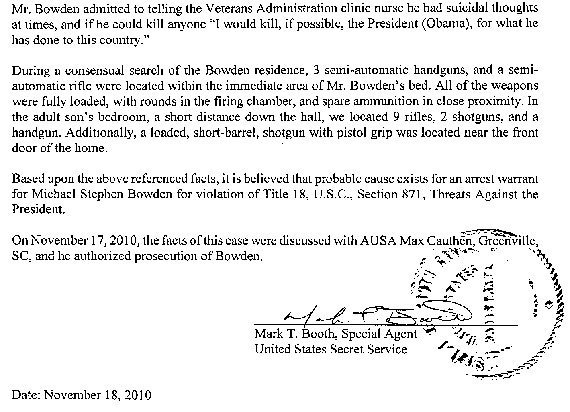