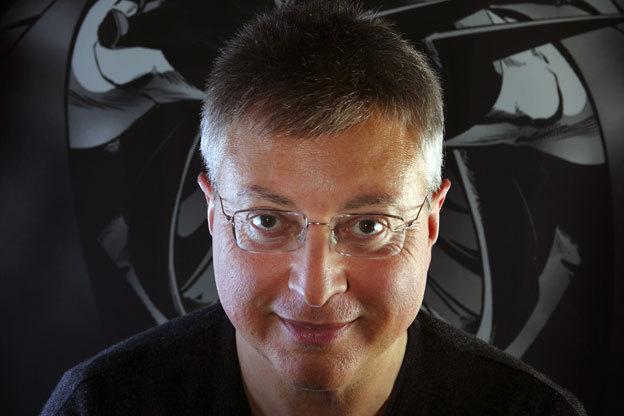 America today could use a hero or two; they seem hard to come by in these times of economic austerity and downright despair. Perhaps we need one even more, a super hero to save the day. Many thought President Obama was a super hero that could swoop in and erase all the damage done by eight years of devastation under Bush (who recently said it was "Awesome" being President...Shock and Awesome, I'm sure, at least for him). We want to believe in heroes, real or super. We need to believe.

The heroes that we deem super today, the ones from the comic strips and comic books, came about at a similar time (many of the established ones, at least) in American history. There was war, there was Depression, there was corruption and despair, neither government nor law enforcement were trusted or revered, there was social division and upheaval...sound familiar? And suddenly on the scene was Superman or The Flash, Captain America or The Bat, Batman, Bruce Wayne. These heroes are as much a part of our folklore as Zeus was to the Romans.

Michael Uslan, Executive Producer of the Batman franchise including The Dark Knight Rises and author of The Boy Who Love Batman: A Memoir couldn't agree more.

"The superheroes we have today are modern American folklore," he told me, " it's contemporary mythology. The ancient gods of Greece, Rome and Egypt still exist only today they wear spandex and capes. If you doubt me on this, I'll tell you the Greeks called him Hermes, the Romans called him Mercury and I call him the Flash. It's heroes against dragons, wizards and demons just told in modern day dress," he continued.

Uslan took his love of comic books and their folklore to an entirely new level, one never done before, when he pitched and prevailed in teaching a course in Comic Books at an accredited university.

"It was the early 1970s," he explains, "and I was at Indiana University in Bloomington, Indiana. The idea was if you could get a professor on campus to agree, and if you could come up with a course that had never been taught before, you could present this to a panel of deans and professors and if they agreed, the course was given a green light. I got the backing of the Folklore department that agreed with me about the mythology of comic books and went before the panel," he recalls.

But they deans and professors didn't buy it for a second. They were about to dismiss Uslan and his idea when he challenged them with a question.

"I asked one of the Deans if he could encapsulate the story of Moses," he tells, "and then I asked him to summarize the story of Superman. I showed him how it was pretty much the same story except in one they put the child in a little wicker basket and sent him down the Nile and in the other they put him in a space capsule and sent him off through space to Earth," he laughs.

The argument won the day and he taught the course.

"I was a blue collar kid in New Jersey that couldn't buy my way in to Hollywood," he recalls when asked about the memoir. "I didn't know anyone in Hollywood, had no relatives in Hollywood, I just had a fan boy geek love of Batman since I was eight. He was so human, he had no super powers, just his love of humanity, but he's human, he's real. That love has led me to where I am now," he recalls.

"The story of a young boy seeing his parents murdered, and then taking a vow that he would get the people responsible as well as all the other criminals out there that do terrible wrongs even if he has to walk through hell to do it was so compelling to me, I knew I had to be involved with it forever," he states.

But it was a night in 1966 that changed Uslan forever and would later bring to life the most gripping and realistic portrayal of comic book heroes, movies that would forever change the genre.

"When I saw the TV series with Adam West, I knew I couldn't let it stand. I thought of myself as a young Bruce Wayne. I was thrilled and horrified at what I saw. The car was cool, and they were spending money, but I was so horrified that the whole world was laughing at Batman, it just killed me. It was then that I knew that some day, some way, some how I would bring the story of the real Batman to life. The Batman that was created in 1939: a creature of the night stalking criminals from the shadows and would one day erase those three words, 'Pow!' 'Zap!' and 'Wam!' from the collective consciousness of the world," he concludes.

And that he did. From the first Tim Burton Batman films to the Christopher Nolan reinvention and reinvigoration of the franchise Batman is big business in Hollywood. But the films are very different.

"Tim Burton is a genius, Chris Nolan is a genius, and they created very different films," he begins. "I'm happy with them all in so many ways. Nicholson played what the Joker was in 1988 in the comics, the clown prince of crime in a black-and-white world of good and evil. If you jump to the 2000's post 9/11 you have a Joker and a Batman in a very real world, a grey world, a world of order versus chaos and you believe in the reality of the threat. The Joker is a modern day terrorist, no value at all for human life. Each performance brilliant for it's time, and Heath's the performance of a lifetime," he adds.

Uslan is quick to point out the lessons of the films as well. The recurring theme that we, ourselves, end up being the heroes, that inside each of us is the possibility for great things, is not lost on him. In fact, it's what draws him to Batman above all other supes.

"That's why Batman is so universal, he's one of the only real superheroes that crosses cultures. Part is that he has no superpowers and it's about humanity, there's the primal origin theory that all can relate to, and there's the Stan Lee Theory: Super Heroes are ultimately defined by their super villains and the ones with the greatest villains have the greatest longevity," he states.

But Uslan doesn't see the casting or the movies as being about Batman so much as his alter-ego, Bruce Wayne.

"If you look at it, it's all about Bruce Wayne, and the actors who have portrayed him have brought something so different. Michael Keaton and Tim Burton had to convince audiences that hadn't seen a dark super hero movie before, to believe that a guy could be so psychotic he could dress up like a bat and fight crime. Val Kilmer was a darkly, darkly romantic Bruce Wayne, akin to the portrayal of 'Dracula' by Frank Langella on Broadway in the 1970's," he goes on. " George Clooney was the warm and fuzzy guy next door...but Christian Bale nails Bruce Wayne no matter where you come from in the genre. He is Bruce Wayne," he concludes.

The fact that Uslan has spent decades now wrapped in the Bat's cape is not lost on him. As Executive Producer and now author of a book about the experience he readily acknowledges, "I'm the luckiest fan boy alive, still, especially. I'm living every comic lover's dream, every young boy and girl's dream, to grow up and make a living at something like this."

And this entry of Batman, The Dark Knight Rises is already creating a stir. One of the most anticipated films of the year, it has already caused Rotten Tomatoes to suspend comments on the review page of the film, because of flaming going on over their negative comments in the review. And it's very, very dark. It opens with Bruce Wayne eight years out from when last we saw him. Commissioner Gordon (Gary Oldman) is in charge and is doing his best. Batman isn't around, mainly because Bruce Wayne is battered and bruised, limping, using a cane. After all, getting the crap beaten out of you, being shot, dropping from the sky all looks good in the suit, but it can hurt a mere mortal.

"Batman is human, and we see that at the beginning of the film, and it's rough," Uslan states. "We also see his predilection for bad girls, yet again, and that sets the stage for Anne Hathaway's wonderful portrayal of Catwoman. The villains in Batman that are damaged psychologically are always the best, and she's perfect. Part grafter, part beauty, part Femme Fatale, she brings Catwoman in the new era and makes her so much more complex and believable," he states.

This film is huge in scope. Thousands of extras hired instead of digitally created, sets built from scratch to scale, cities taken over, it's an enormous undertaking.

"It all goes to the genius of Christopher Nolan. He loves this character, understands him, and knows how to executive his vision of a movie. He wanted to show the world what a Batman, a Bruce Wayne, a Gotham would be like if this were truly real. Beginning with the first film he has convinced audiences that this could be real, and they are invested in Batman. They are powerful and emotional and audiences feel the humanity of these movies," he exclaims with great obvious respect for Nolan's work.

And as for villains, Bane takes the cake. As personified by Tom Hardy, he is superior in many ways to Bruce and Batman, a villain he may not be able to conquer, at least not physically. And a note to Mitt Romney and Rush Limbaugh: Bane was introduced in 1993 in the Batman comics. He would go on to break Batman's back and allow another to become Batman for some time. He is not a Progressive Plot to stab at a Presidential Candidate.

But he is a great villain.

"Tom Hardy is perfect in this role," Uslan ends. "He is a great addition to the rogue's gallery of Batman villains on film. He is imposing, frightening. When Tom was in makeup and character, people stayed away on the set. You could see it in his eyes, some people want to burn the world down, and light the fuse. That's Bane, and Tom got it perfectly," he concludes.

Uslan's book is a hit, the movie will be a Summer Smash, so what's next for this boy wonder?

"I can't look past this film and the opening right now, it's an amazing time and has been such an honor to do these movies and tell these stories."

Of course, that has made him a Bruce Wayne of his own, rich beyond what he could have ever imagined. So, does he have a Batpole?

"Not yet," he laughs, "but I've got to play with some pretty cool toys like The Bat along the way, every day I show up to a sandbox and play with cool toys for a living, it's a blessing for sure."

And what he calls play Hollywood calls blockbuster. The Dark Knight will rise, in spite of its critics, and "The Boy who Loved Batman" will continue the fantasy ride of a lifetime.