Today is the birthday of Michelangelo di Lodovico Buonarroti Simoni, the Italian Renaissance mastermind who counts artworks like the Sistine Chapel ceiling, David and The Pietà amongst his various life achievements. The legendary artist would turn 538 years old if he were miraculously still alive today.

Michelangelo grew up in Florence in the late 15th century where he studied under Francesco da Urbino. He began making art at an early age, preferring to copy paintings from churches than focus on his early schoolwork, and soon found himself an artist under the patronage of the powerful Medici family. Primarily creating paintings and sculpture for the Catholic Church, he produced one of his best-known works, "The Pietà," in 1496, a work described by art historian Giorgio Vasari as "a revelation of all the potentialities and force of the art of sculpture." A little over a decade later, he finished his statue of David and was embarking on his massive masterpiece, the ceiling of the Sistine Chapel.

Michelangelo died in Rome at the age of 88, leaving behind a legacy as one of the original Renaissance men, with a reputation that rivaled Leonardo de Vinci. In honor of his birthday, we've put together a slideshow of 10 things you might not know about the great artist. Scroll through the slides below and let us know the first time you saw his artwork in the comments.

PHOTO GALLERY
10 Things You Didn't Know About Michelangelo
Download
Calling all HuffPost superfans!
Sign up for membership to become a founding member and help shape HuffPost's next chapter
Join HuffPost 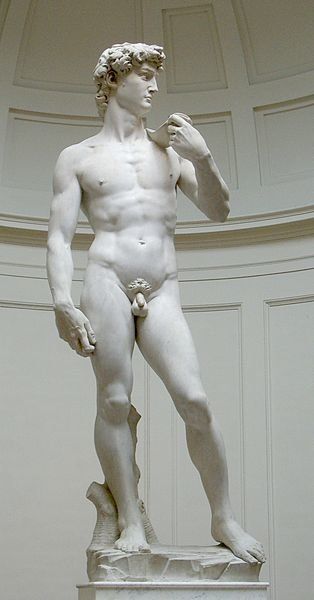 1 / 10
Michelangelo Experienced Early Success
Both the Pieta and the statue of David were sculpted before Michelangelo was 30 years old.
Wikimedia