During an interview with NPR's Morning Edition last week, Rep. Michele Bachmann (R-Minn.) claimed that she had yet to make an error in any of the GOP presidential debates.

"I'm happy to say I don't think that I've said anything inaccurate in any of the debates," she said. "And I'm extremely grateful for that. It's a high-profile stage and so I'm grateful that I don't think I've made a blunder."

After taking a look back at some of her most questionable debate statements so far, the Washington Post's Fact Checker, Glenn Kessler, begs to differ. "The record clearly shows that Bachmann has said many inaccurate statements during the debates, sometimes repeatedly," writes Kessler.

Here's a look back at some of Bachmann's factual mishaps: 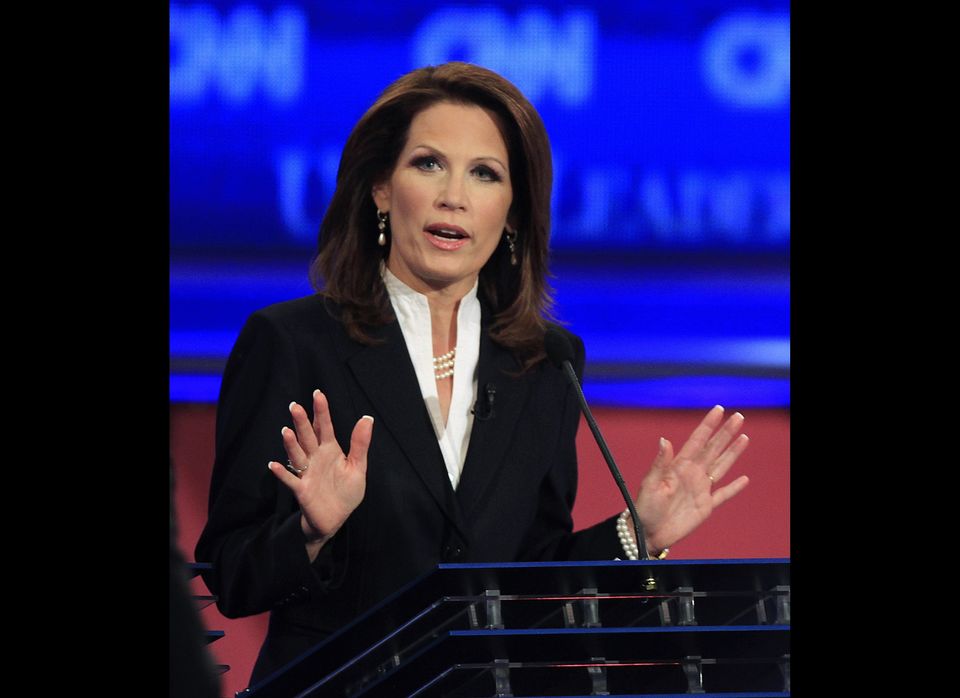 1 / 8
On The CBO And Obama's Health Care Law
At the June 13 CNN debate in New Hampshire, Bachmann said that "The CBO, the Congressional Budget Office, has said that Obamacare will kill 800,000 jobs." As the <em>Washington Post</em> <a href="http://voices.washingtonpost.com/fact-checker/2011/02/playing_games_with_cbo_testimo.html" target="_hplink">points out</a>, the CBO never said that the health care legislation would eliminate jobs. Bachmann <a href="http://www.npr.org/2011/09/08/140311882/truth-squad-republican-debate" target="_hplink">repeated</a> this claim at the Reagan Library debate on September 7. "Obamacare is killing jobs. We know that from the nonpartisan Congressional Budget Office, but I know it firsthand from speaking to people," she said.
AP