GOP leadership reacted coolly Monday to news of Minnesota Rep. Michele Bachmann's secondary Tea Party-sponsored State of the Union rebuttal, stating matter-of-factly that Rep. Paul Ryan (R-Wis.) is the Republican who will be speaking for the party.

"Paul Ryan's giving the official Republican response," House Majority Leader Eric Cantor (R-Va.) told reporters, according to Slate's Dave Weigel. "You know, Michele Bachmann, just as the other 534 members of the House and Senate, [is] going to have opinions as to the State of the Union. And again, this is a process that happens every year, and I look forward to all comments. But it's Paul Ryan that's giving the official response."

Later pressed on why each of those other legislators hadn't made arrangements to televise their own response, complete with press coverage, Cantor appeared to put some of the blame on the media for focusing on Bachmann, saying, "Well, then, maybe I should ask: Why is that the case?"

Michael Steel, spokesman for House Speaker John Boehner (R-Ohio), told the Wall Street Journal that people could expect to see those other statements on a variety of other mediums.

"Whether it is through a press release, Twitter, the internet, on television, radio, via Facebook, or by other means, virtually every Member of Congress will share their thoughts on the President's State of the Union," Steel said.

Bachmann's version is expected to be streamed live on the Tea Party Express website after the actual GOP response ends, WSJ reports, noting that some of the Minnesota congresswoman's remarks will also be carried on network television. 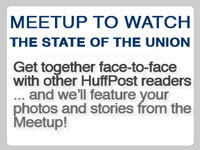