"How's the tingle, Chris?" the sign behind Bachmann read, in a reference to Matthews' famous quote that he felt a "thrill" up his leg watching an Obama campaign speech.

"I think people are thrilled tonight," Bachmann told Matthews. "I imagine that thrill is probably not so tingly on your leg anymore." 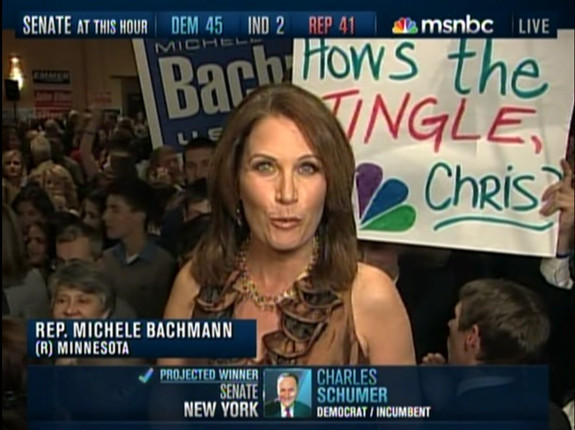 "They're making fun of me, fine, for saying that," Matthews said. "I can live with that."