A gown. A tiara. A scepter. A sash. Sounds like typical beauty queen regalia right? Except this particular set of pageant-wear isn't just covered in rhinestones. It's also studded with birth control pills. (Scroll down for photos.)

The outfit is part of "Miss Conception," an exhibit by artist Michele Pred which opens on December 4th at Art Miami, a contemporary art fair held every year in the Magic City. According to Pred's website, the performance installation "offers a wry commentary on 21st century sexual politics, with a focus on birth control." On December 4th, for two and a half hours, Pred donned said gown, tiara, scepter and sash and became "Miss Conception." She will do the same on December 7th.

"I'm dressing up ... in this very '60s-era version of a beauty queen to reflect on that era and how many things haven't changed since that era in regards to attitudes toward birth control," she told The Huffington Post. "Some have changed -- you used to be considered a slut if you took birth control back then, and luckily that's changed ... but there are [still] so many misconceptions about reproduction and reproductive rights."

The "Miss Conception" exhibit also includes an interactive element. Pred invites observers to talk to her and hands out cards that have common myths about gender and sex printed on them, such as "You can't get pregnant if you have sex standing up," to people walking by. This interaction is key to her goal as an artist, she said.

"My art is really about igniting dialogue," she said. "Whether you agree or like what I'm doing, it's about provoking a conversation."

"Miss Conception" will be featured at the Nancy Hoffman Gallery Booth (#C 21) at Art Miami from December 4th-9th. 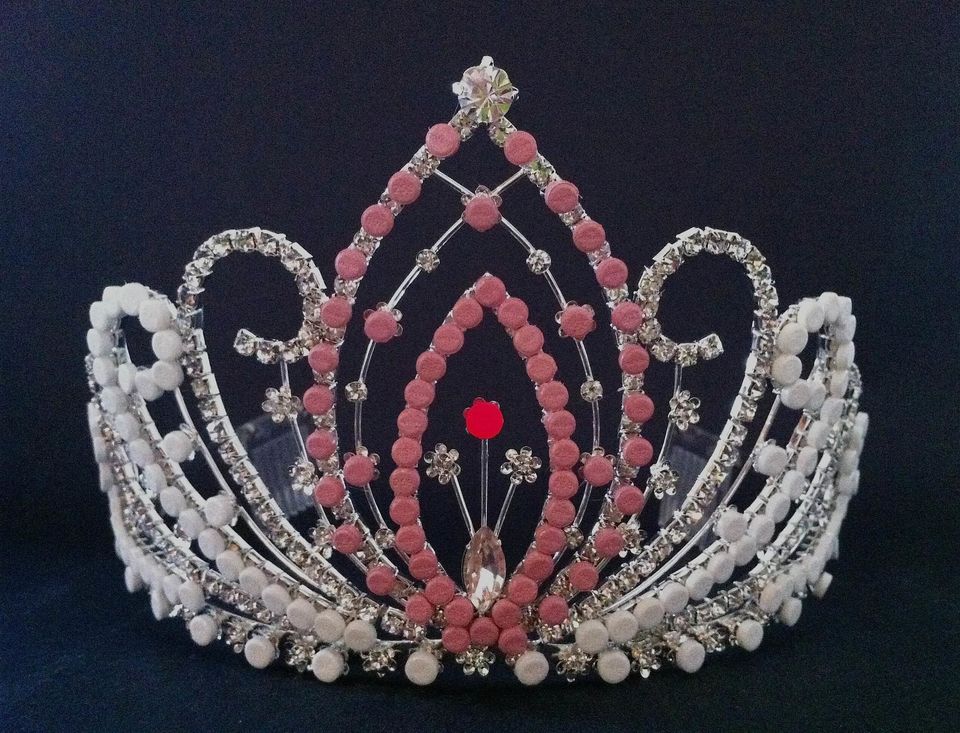 1 / 8
Tiara From "Miss Conception"
(Note the red birth control "G-spot" in the center of the tiara.)
Courtesy of Michele Pred / Nancy Hoffman Gallery

Michele Pred, Artist, Uses Birth Control Tiara In 'Miss Conception' Exhibit (PHOTOS)
Birth Control Ads Gone Wrong
1 / 9
Birth Control Meets 'The Game Of Life'
"You never know what you may want later." This ad successfully plays to our fantasies of being able to choose what we do and don't want in our lives exactly when we want it. If you've never quite abandoned the illusion that your future could be charted through the decision between a split-level and a tudor, this is the Pill for you.
Bayer