For Michelle Mulligan, editor-in-chief of Cosmo For Latinas, this year’s all-white Academy Award nominees are proof that Hollywood makes a “deliberate decision” to leave out actors of color.

In a conversation with HuffPost Live host Carolina Modarressy-Tehrani, Mulligan argued that Latinos overall are “absurdly underrepresented” in the movie business despite being the most avid moviegoers.

“To put it plainly I just don’t feel like, in the movie business side of it, people look at Latinos as an investment, or African-Americans,” Mulligan said. “They just don’t look at it as a growth potential, which is absurd since we go to the movies twice as much as non-Latinos do.”

Last July, according to The Wrap, a diverse panel of experts at the Produced By Conference confirmed Mulligans statement. The panelists echoed past research done on the subject and found that Hispanics go to movies more often, in larger groups, spend more at concession stands and are more likely to discuss their experience on social media.

“Hispanics are far and away the most important consumer at our cinemas,” John Fithian, CEO of the National Association of Theatre Owners, said at the panel.

Mulligan continued saying that consumer power isn’t the only reason there should be more Latinos in film and television.

Actress and comedian Maysoon Zayid also joined in the conversation during the HuffPost Live segment and, after arguing that people with disabilities are even more underrepresented, pointed to actress Gina Rodriguez's recent win.

On Sunday, Rodriguez won the Golden Globe for best actress for her role in the CW dramedy “Jane The Virgin.” It was only the second time a Latina won in the category, the first being America Ferrera in 2007 for her role in “Ugly Betty.” During her moving acceptance speech, the actress pointed to the lack of positive portrayals of Latinos in the entertainment industry.

“This award is so much more than myself, it represents a culture that wants to see themselves as heroes,” Rodriguez said on stage.

Zayid went on to say that the actress’ words had made her emotional for several reasons but also said it was unfortunate that Rodriguez finds the need to speak for an entire demographic.

“Actresses of color are still forced to represent entire communities,” Zayid said. “And while the people are applauding, they’re still not voting for that talent. It’s still the exception not the rule. It’s like you said, we get one actor of color and we say ‘oh my god, it’s so diverse’ but what if people of color swept all the categories? What if you actually had actors with disabilities -- the largest minority in the world -- represented in film by actors with disabilities.”

Mulligan had a similar emotional response to Rodriguez's speech, and said it means even more because she knew the sacrifices the actress had made in her career for her community.

“I’m tearing up remembering it, because it’s a major, it’s an everything moment for us,” Mulligan said. “For starters, Gina’s story, because Gina when I first met her was an unemployed actress who had just turned down a big chance to do a role on a show that she thought was not representative of her community. So she’s like ‘I’m paying the price, i’m not working right now.”

Take a look at the entire conversation on the topic above. 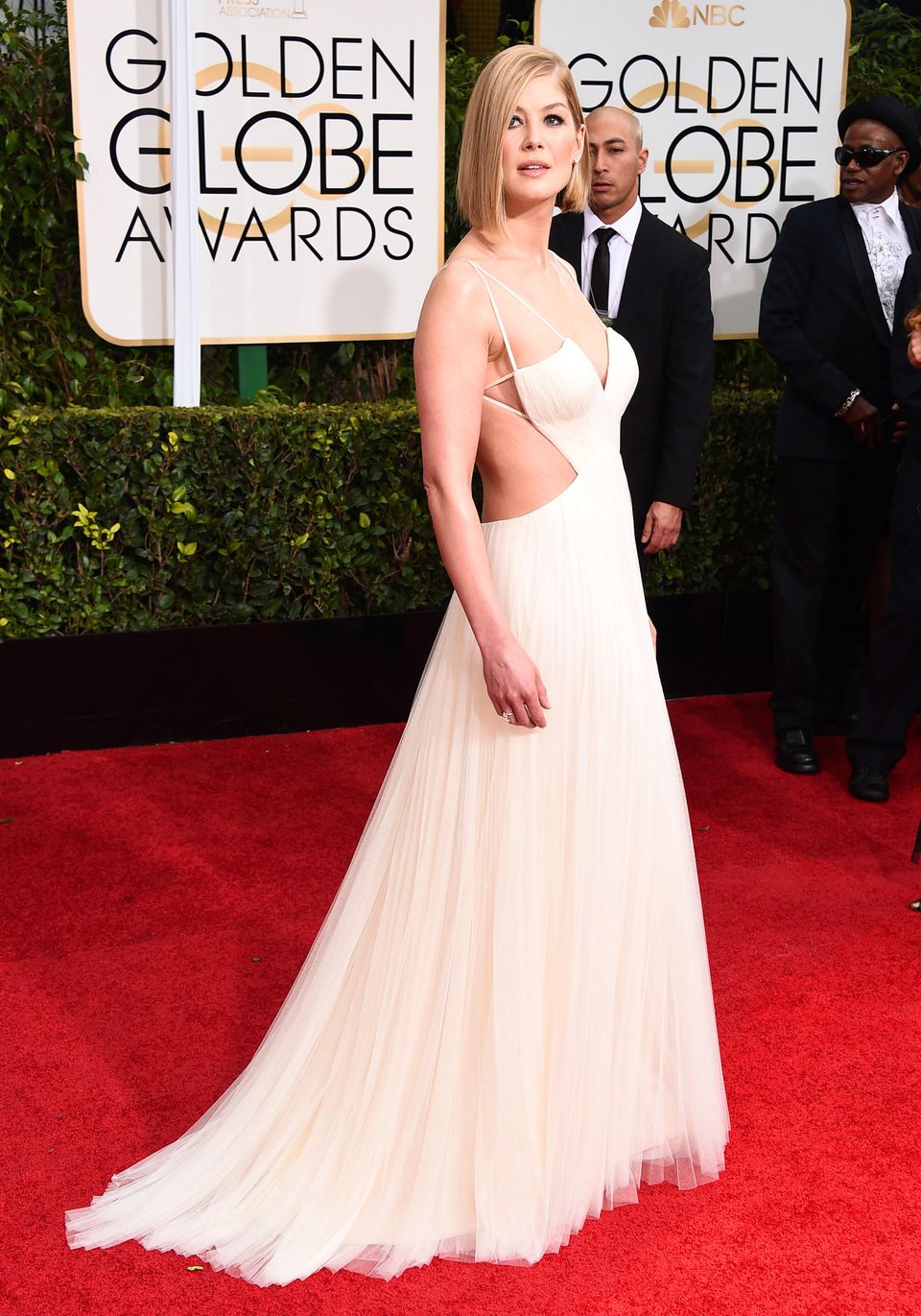