Lady Mary -- er, Michelle Dockery didn't receive the most rave reviews for her outfit choice for the 2012 Emmys (that blue Louis Vuitton gown), but she's managed to turn it all around this year.

The star, who's nominated for Outstanding Lead Actress In A Drama Series for her role on "Downton Abbey," stunned on the red carpet in a two-toned Prada dress and Fred Leighton jewels. If anyone has anything bad to say about Michelle's look, we're prepared to go on the defense -- and we won't mince words. 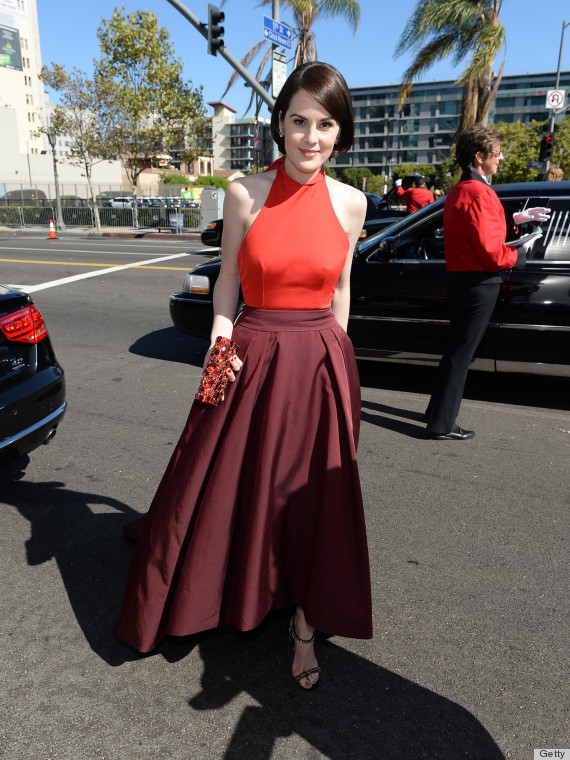 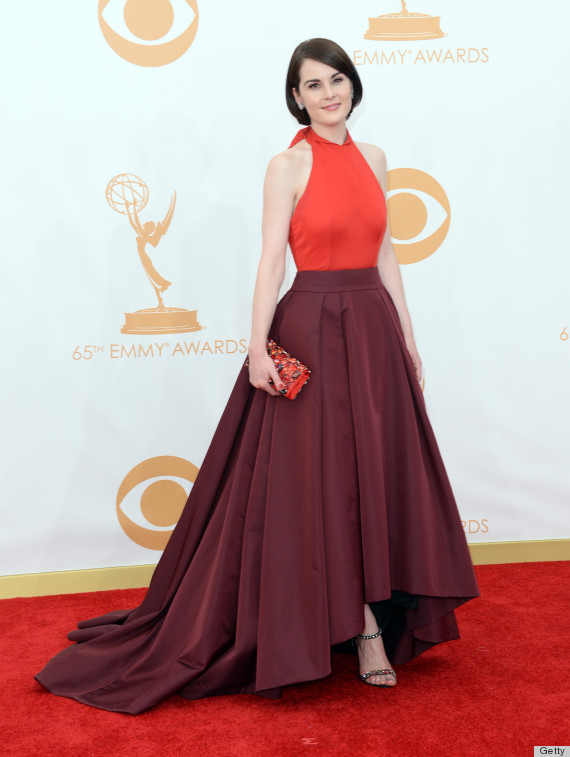 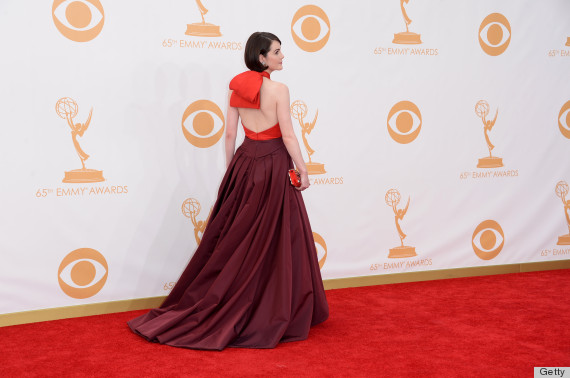