Michelle Obama has opened up in front of a crowd of about 8,500 at the Women’s Foundation of Colorado’s 30th anniversary event in Denver about her experience as America’s first black first lady.

Obama spoke about smashing the glass ceiling as she was interviewed Tuesday by WFCO President and CEO Lauren Casteel at the Pepsi Center ― the same venue where she addressed thousands at the 2008 Democratic National Convention.

Casteel asked which of the falling glass shards cut the deepest, according to the Denver Post.

“The shards that cut me the deepest were the ones that intended to cut,” Obama said. “Knowing that after eight years of working really hard for this country, there are still people who won’t see me for what I am because of my skin color.”

Obama referenced racist attacks she endured, including being called an ape and disparaging references made about her body.

The former first lady faced an onslaught of racist insults while her husband, former President Barack Obama, was in office. Even after the 2016 presidential election, two West Virginia officials lost their jobs for referring to Obama as an “ape in heels” in a Facebook post celebrating President Donald Trump’s victory.

Throughout Obama’s two terms, she shared during commencement addresses and in some interviews how she coped with the racist attacks she had to face.

“When they go low, I go high,” Obama told graduates of the historically black Jackson State University in April 2016. “That’s the choice Barack and I have made. That’s what’s kept us sane over the years.”

In Denver, the Post added, Obama said that she doesn’t pretend such vicious attacks don’t hurt her, because it lets those doing the hurting off the hook.

During the event, she also again stressed that she does not plan to run for public office.

Head over to the Denver Post to read more about Obama’s wide-ranging conversation. 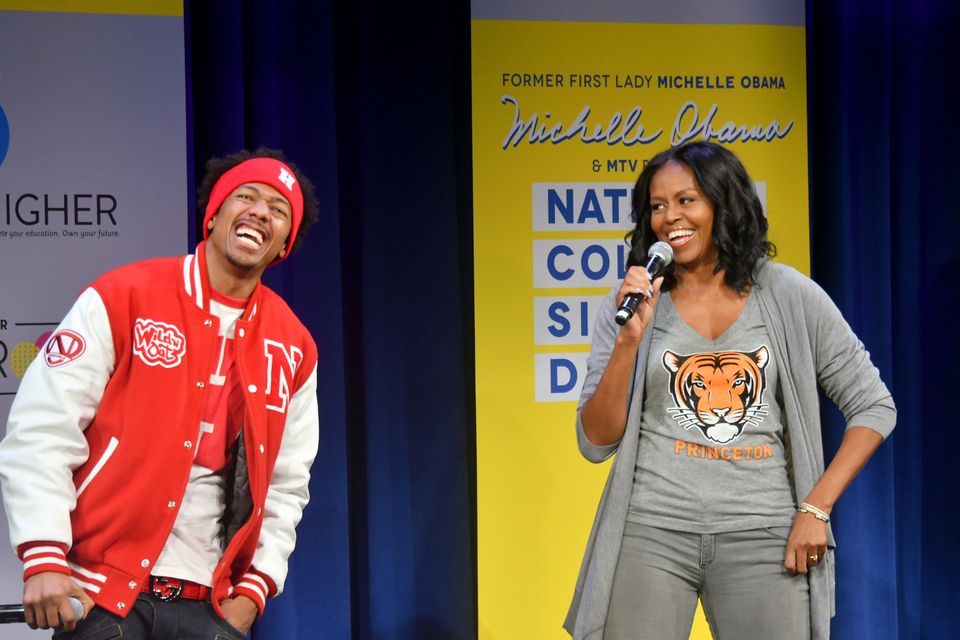