Fashion Whip is a political style column in the Huffington Post by Lauren A. Rothman, inspired by Lauren's experience as the founder of Styleauteur, a style and fashion consulting firm.

The 2012 campaign trail has shined a spotlight on style, fashion, and the impact of a poor wardrobe choice in the 24-hour news cycle. With less than a week to go before the election, both Michelle Obama and Ann Romney are deciding what they will wear Tuesday night should the evening end in their husband's favor.

Voters have a short memory and many may not recognize when a female in the public eye recycles an outfit. However, fashion faux pas can be hard to live down. Ann Romney was highly criticized for the "bird shirt" fiasco, and then praised for her red Oscar de la Renta dress at the RNC. Ann's style has certainly evolved along the campaign trail - while previously dressing in a manner more appealing to older, wealthier voters, she has toned down her appearance while maintaining a wardrobe of playful clothing, accessories, and nail polish choices.

Voters like continuity of style. They also like to anticipate fashion choices from their leading ladies (Nancy Reagan in red, Laura Bush in skirt suits, Michelle Obama in sleeveless dresses). Bird shirts, dizzying patterns, and plaids distract, while pops of bright color look modern and stylish.

Ann wears that "classic with a touch of glamour" well - shirt dresses, statement jewelry, belted jeans with a tucked in blouse, and short sleeve dresses with exposed zippers. The Romney's wealth, power, and unrelatability to the average American has been carefully re-choreographed in a much more appealing, centrist fashion as they realize the need to appeal to a broader audience in both politics and fashion.

A designer's career can be born with a first lady's visual endorsement. Will Ann choose a lesser-known designer or a White House classic? Will Michelle pick another Narciso? Either, way let's hope they both earn an "A" in style at the voting booth! 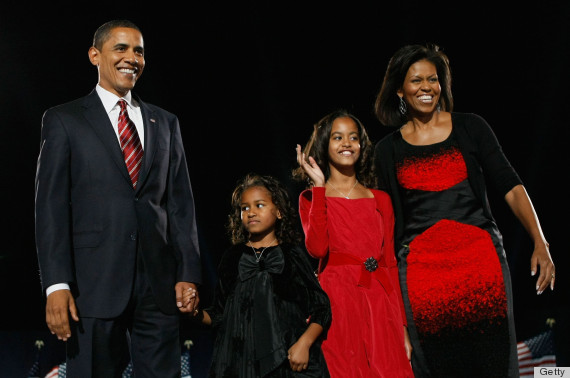 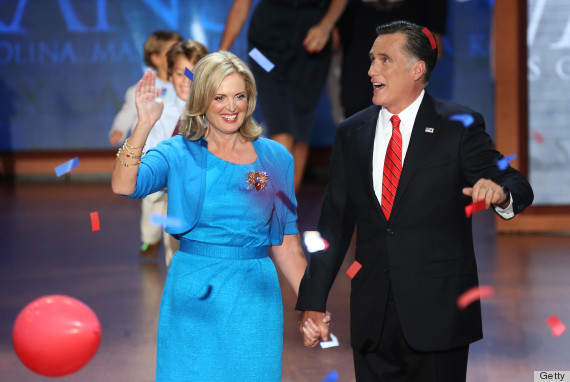 Since we've (happily!) already seen 4 years of Michelle Obama's style, check out more of Ann Romney's looks over the years to see what she might wear...