Getting acquainted with a yoga mat and a pair of dumbbells is one way to get Michelle Obama's long-envied arms, but according to a survey released Monday, a less arduous method is soaring in popularity: plastic surgery.

In its annual report on cosmetic surgery trends across the United States, the American Society of Plastic Surgeons reports that upper arm lifts among women have increased by 4,378 percent in the last decade. In 2000, more than 300 women got upper arm lifts, as compared to more than 15,000 in 2012.

And while ASPS says no single factor is fueling the trend, a few key celebrity women have played a role. At the top of the list is Michelle Obama.

According to the poll, women most admire the first lady's arms, followed by those of Jennifer Aniston, Jessica Biel, Demi Moore and Kelly Ripa.

"I think we are always affected by the people that we see consistently, either on the big screen or on TV,” said ASPS public education committee chair David Reath, MD, in a release on the survey results. "We see them and think, 'Yeah, I’d like to look like that.'"

But the move toward plastic surgery isn't all about short cuts, Reath adds.

"The increase that we're seeing in arm lifts this year is because we're seeing an increased number of patients who've had a significant weight loss, whether it's through diet and exercise or weight reduction surgery," Reath later explained to The Huffington Post. He added that there are some people -- with lesser degrees of weight loss but whose weight or activity level fluctuates -- who may also some develop excess skin under their arms as they age, and these patients are more likely candidates for liposuction of the arm.

"We see areas of the body where, after the weight has been lost, there's a tremendous amount of excess skin. And that's where the arm lift has its greatest application," Reath said.

Arm lifts, effective; exercise, not so much, according to Reath, especially for those with large amounts of excess skin, not-so-affectionally known as batwings, or in Wendy Williams' go-to term, "bingo wings."

"There is no way to get rid of excess skin, and we just don't have a technology that will tighten it," he said. "You can increase your level of fitness, you can decrease your level of fat, but the skin doesn't change. And what happens many times is, the skin just gets more and more loose the more weight you lose, because less fat is filling it up. [It's] like a rubber band that has lost its elasticity."

The surgery, which costs roughly $7,000, may not necessarily break the bank or cost one too much time away from work -- downtime is about a week, Reath says -- but it does leave a permanent scar.

"The big consideration is that you're going to have a scar, which will be permanent and will run the length of the upper arm," he explained. "Before we recommend this to somebody we have to make sure there's enough extra skin there that the improvement in the shape of the arm will justify the scar." 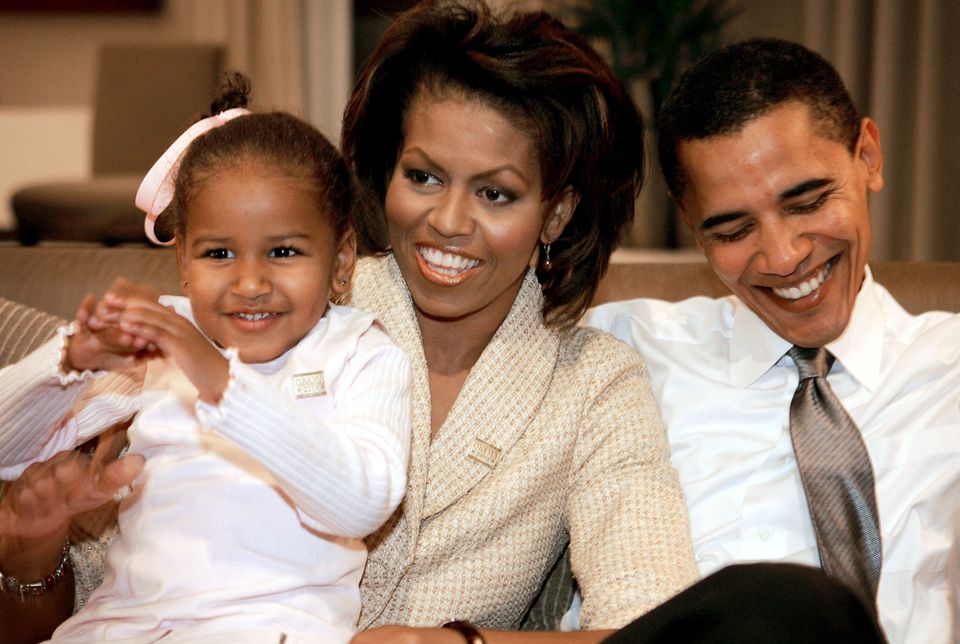 1 / 27
CHICAGO - NOVEMBER 2: Candidate for the U.S. Senate Barack Obama (D-IL) sits with his wife Michelle and daughters Sasha (L) in a hotel room as they wait for election returns to come in November 2, 2004 in Chicago, Illinois. Obama is expected to win easily against the Republican candidate Alan Keyes. (Photo by Scott Olson/Getty Images)