What do Michelle Obama, Kerry Washington and Sarah Jessica Parker have in common? Well, they're all cover stars on Glamour's May issue.

The holy trinity of power and style gathered at The White House for a shoot with famed photographer Patrick Demarchelier. While fashion was far from the main topic of conversation, the three women stunned in crisp spring looks. Mrs. Obama and Washington wore Narciso Rodriguez dresses, while SJP opted for a printed Oscar de la Renta dress. 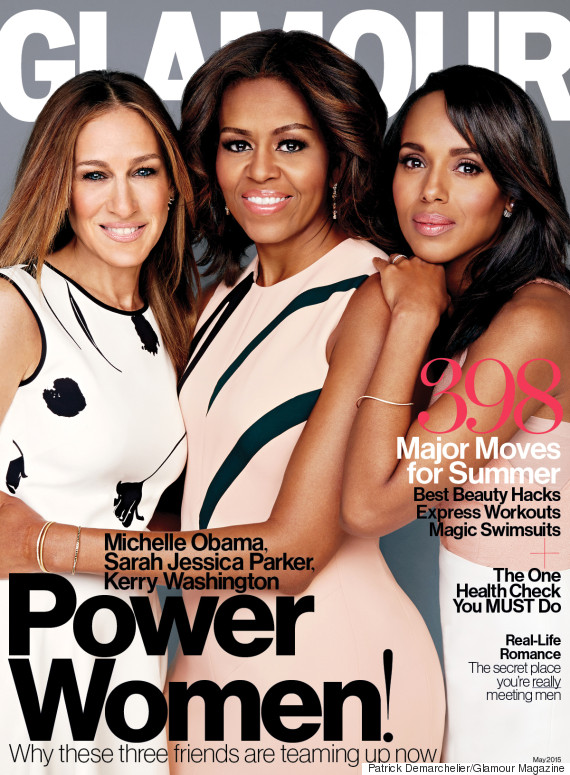 During the cover shoot, the women spoke passionately in an interview with Glamour's Editor-in-Chief, Cindi Leive, about a topic that's close to each of their hearts: military families. Mrs. Obama has long been an advocate for veterans, having launched Joining Forces in 2011, an initiative that asks Americans to rally around service members, veterans, and their families to support them through wellness, education, and employment programs. Washington's father served before she was born, and Parker has many friends in uniform.

Check out some images from the shoot below. For the full story, pick up the May issue of Glamour on April 14, or download the digital edition for your tablet now at Glamour.com/app. 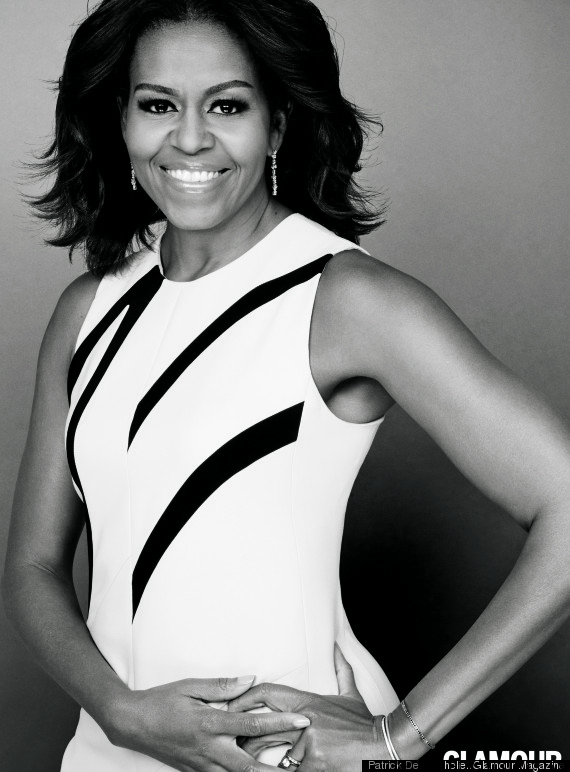 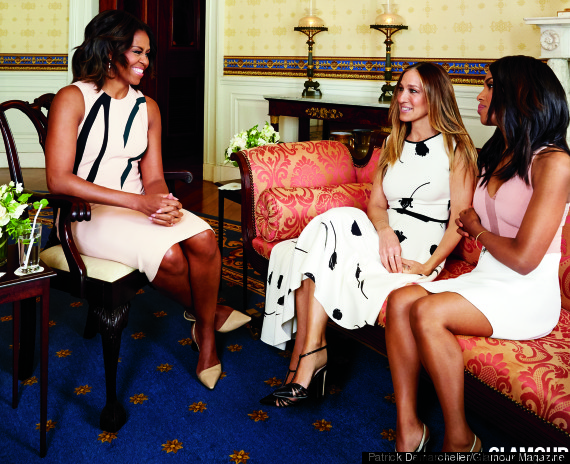