Obama’s silk dress featured large sleeves and a massive slit in the front, which showed off her showstopping, thigh-high boots. The $3,900 stilettos, also from Balenciaga, shimmered in metallic gold.

Below is a better look at the sparkly Balenciaga shoes:

Obama’s bold outfit is certainly not a look she would have worn during her tenure in the White House.

Throughout the eight years of Barack Obama’s presidency, the first lady was known for mixing and matching high-street fashion brands with more affordable retailers, like J.Crew, Target and Gap. She spoke about the impact and importance of the clothes she wore during her time in D.C. at Wednesday’s event.

“I did know that my clothes were making a statement, I knew that was the case,” she said.

“So we decided why don’t we use this platform to uplift some young new designers who normally wouldn’t get this kind of attention, because you can change their lives, which is one of the reasons why we chose Jason Wu for my inaugural gown.”

Obama added that some designers (like the late Oscar de la Renta) felt they were “entitled” to dress the first lady, because things had always been that way.

“I hated that feeling,” she said. “There are whole lot of people out here who are trying to make it, there are young women and immigrants and black folk.”

In her memoir, the author wrote about the intense pressure to dress a certain way, not only because she was scrutinized by the public for every outfit, but also because she was the first black first lady.

“It was a thin line to walk. I was supposed to stand out without overshadowing others, to blend in but not fade away,” Obama wrote. 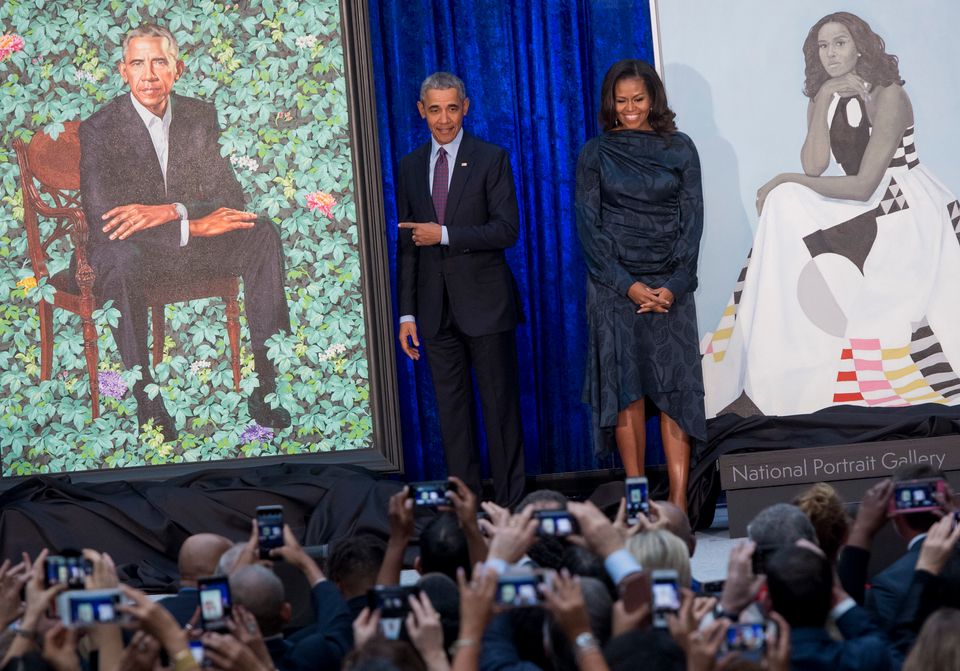