WASHINGTON -- When it comes to haters, first lady Michelle Obama just doesn't listen to them.

During a conversation with Oprah Winfrey at the United State of Women summit in Washington on Tuesday, the first lady said she's learned to tune out people who criticize her online.

"Well, when it comes to social media -- there are just times I turn off the world, you know.  There are just some times you have to give yourself space to be quiet, which means you’ve got to set those phones down," she said. "You can’t be reading all that stuff.  I mean, that’s like letting somebody just walk up and slap you, you know? You would never do that. You would never just sit there and go, slap me in the face and I’m good with it. No. So why would you open yourself up to that?"

Last year, Obama admitted the way she was stereotyped during her during her husband's first presidential campaign got to her.

"I had a lot of sleepless nights, worrying about what people thought of me, wondering if I might be hurting my husband’s chances of winning his election, fearing how my girls would feel if they found out what some people were saying about their mom,” she said in a commencement speech at Tuskegee University. She said at the time she moved past the anxiety by focusing on who she really was.

The first lady also shared on Tuesday that she strives to overshadow criticism of her with her actions.

"The other thing that I have found, particularly in this job, that it’s -- people won’t remember what other people say about you, but they will remember what you do," she said. "So my strategy -- and I’ve always been like this.  When a teacher would come and tell me that I couldn’t do something, I would get so much satisfaction proving them wrong.  I’d be like, 'okay, all right, oh, you don’t think I’m going to do X, Y and Z, well I’m going to be the best X, Y, Z you can imagine.'"

"So when it came to this role, I just said, you know, let me just be First Lady.  Let me wake up every day and work hard to do something of value, and to do it well, and to do something consequential, and to do something that I care about," she continued. " And then let that speak for itself.  And that would shut up the haters, because I would have a whole portfolio of stuff that defined me because it’s what I did, not what you called me. So the best revenge is success." 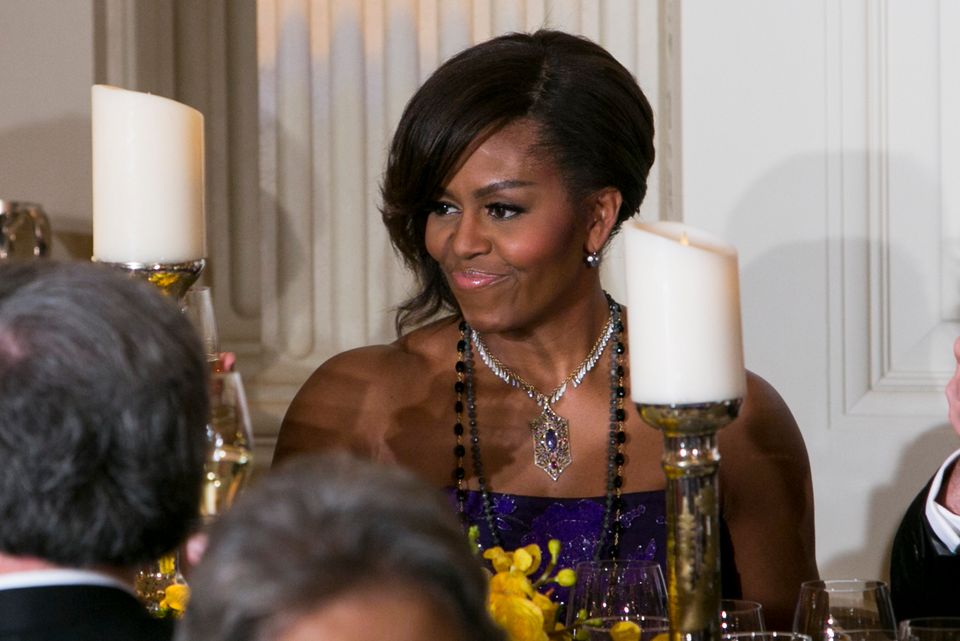