Michelle Obama needs no help with how to get, how to get to “Sesame Street.”

The former first lady has appeared on and collaborated with the famed educational children’s television show on numerous occasions in recent years.

She was honored Wednesday for her work with the Joan Ganz Cooney Award — named after the program’s creator — at the Sesame Workshop’s 50th Anniversary Benefit Gala in New York City.

Obama shared a sweet Instagram tribute to the show in response.

“There is something unexplainable that happens there, some unique alchemy that bubbles up that you just can’t find anywhere else,” she wrote. “There’s nothing in the world that so beautifully marriesboundless aspiration with simple goodness, nothing that strips away the daily madness and distraction, nothing that is so pure and hopeful—and absolutely essential to our future.”

“Sesame Street,” produced by the nonprofit organization Sesame Workshop, often seeks to tackle difficult or taboo issues. Episodes in recent years have included a character who is in foster care and another who is homeless. The show has also helped to explain the concept of blended families to children.

In a statement released ahead of the event, Sesame Workshop’s President of Global Impact and Philanthropy Sherrie Westin said Obama was being recognized “for all that she has done to help improve the lives of children.”

“From fighting childhood obesity, to supporting military families, to empowering girls the world over, Mrs. Obama is a tireless champion of children and families,” Westin said.

Obama famously joined Elmo in 2009 to send a message about healthy eating as they planted a vegetable garden:

They also recorded this PSA:

In 2011, then-second lady Jill Biden accompanied Obama in sending a message about support for service members:

And Elmo and Rosita joined Obama at the White House in 2014 to announce her “Let’s Move!” initiative.

There have been multiple other collaborations between Obama and the show. Other famous faces, including model Chrissy Teigen and her husband, singer-songwriter John Legend, also attended Wednesday’s shindig.

Check out more photographs below: 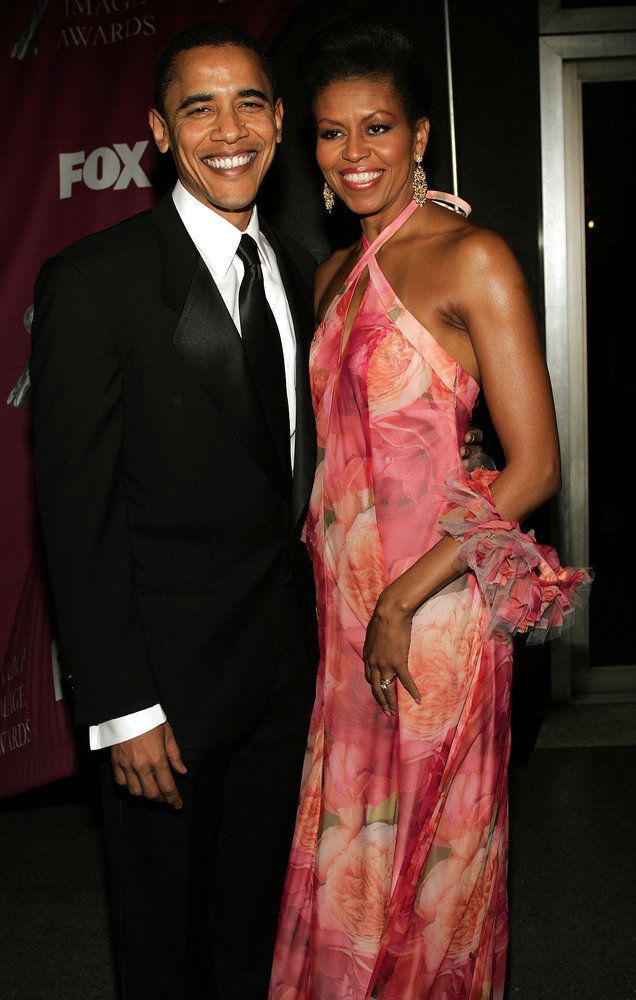