It seems like only yesterday that First Lady Michelle Obama took the stage at the Inaugural Ball in that sparkling white gown and immediately made Jason Wu a household name.

Four years later in 2013, at the Obamas' second and final inauguration, Michelle again chose to wear a Jason Wu creation: a long halter-neck ruby chiffon custom gown with velvet details and an armful of sparkly bangles. She wore Jimmy Choo shoes, a ring by Kimberly McDonald and Kimberly McDonald for Forevermark Diamond bangles.

She was simply breathtaking, although the dress choice did get pundits and fashion critics talking. Many fashion editors and critics thought that, like in 2009, Mrs. O would use this moment to launch an unknown designer. After Michelle chose Wu once again, the pundits instead turned the conversation to Wu's status as a rising powerhouse, the kind of designer with a Target collab, a housewares line, etc.

But out of the rumored 15 designers who submitted designs for the big night, Michelle seemed to choose what she wanted and what she was most comfortable in. Check out the red gown below. Are you a fan of the first lady's choice? 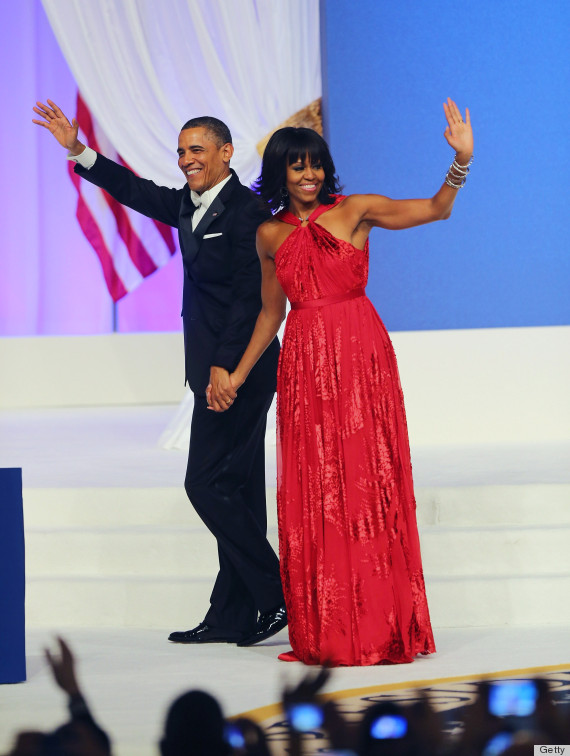