WASHINGTON -- The same advertising agency working to tackle childhood obesity with First Lady Michelle Obama also is collaborating on an ad campaign for a giant-sized version of Capri Sun, the sugary drink that contains a lot more high-fructose corn syrup than real juice.

As irony would have it, Obama lauded The Walt Disney Company just last week for its 'game-changing' ban on advertising junk food, including Capri Sun.

What Obama may not have known is that creative marketing and communication agency SS+K, which worked extensively on her anti-obesity "Let's Move!' initiative, is the brains behind an online campaign for the newest Capri Sun juice drink, "Big Pouch." Kraft Foods, distributor of the drink in North America, confirmed the collaboration in a press release:

In partnership with social engagement agency SS+K, the online campaign focuses on a video posted to the "Capri Sun Goes Big" Facebook page. The video features a classic Capri Sun pouch going through an unusual transformation. Left unattended in the fridge, the pouch twists and morphs in stop-motion, becoming something big, intense … and a little bit monstrous.

Although there is no mention of Kraft Foods or Capri Sun on the SS+K website, the company takes full ownership of the Let's Move! campaign's name and identity, as well as helping guide the research and shape the initiative.

"Our kids see an estimated $1.6 billion a year worth of food and beverage marketing, and many of those ads are for foods that are high in calories and sugar but low in nutrition," Obama said at the Disney press conference.

With every six-ounce serving of Capri Sun, children consume 16 grams of sugar and 60 calories. Big Pouch is an 11.2-ounce version.

SS+K did not immediately return a request for comment.

Below, photos of the First Lady from a "Let's Move" campaign tour earlier this year: 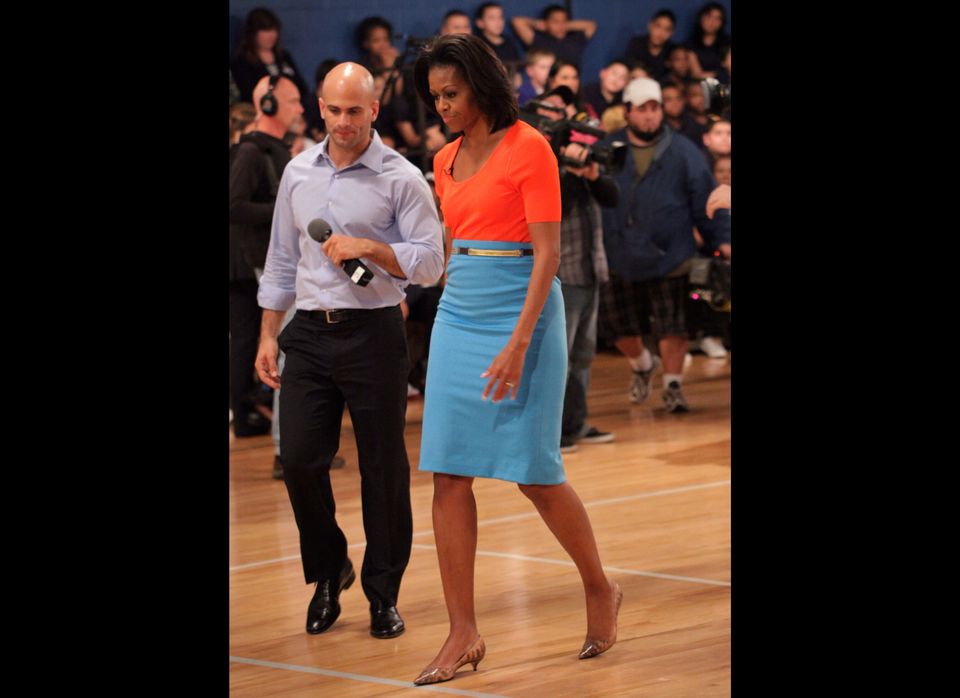