Just because Dad and Mom were the president and first lady of the United States doesn’t mean they were immune from parental dorkiness.

A then-teenaged Malia Obama urged her parents to “just be cool please, okay” when they met her prom date, Michelle Obama recalls in her new memoir “Becoming.”

“On the appointed evening, her date arrived in his car, clearing security at the southeast gate of the White House, following the path up and around the South Lawn by which heads of state and other visiting dignitaries normally arrived, and then gamely — bravely — walking into the Dip Room dressed in a black suit,” Obama wrote in an excerpt relayed by People.

Despite their daughter’s entreaty, FLOTUS and POTUS may have come up short ― at least in Malia’s eyes.

“Her embarrassment [had] already [begun] to smolder as we rode the elevator downstairs,” Obama wrote of her eldest daughter, now 20. “I was barefoot, and Barack was in flip-flops. Malia wore a long black skirt and an elegant bare-shouldered top. She looked beautiful and about twenty-three years old.”

Malia laughingly recalls the exchange between her parents and her date as “a bit excruciating,” according to her mother’s book, per People.

“Barack and I shook the young man’s hand, snapped a few pictures, and gave our daughter a hug before sending them on their way,” the former first lady wrote. “We took what was perhaps unfair comfort in the knowledge that Malia’s security detail would basically ride the boy’s bumper all the way to the restaurant where they were going for dinner before the dance and would remain on quiet duty throughout the night.”

“It’s fair to say that the first time you see your daughter in heels is a bit jarring,” the president told “Live! With Kelly and Michael” at the time.

He recalled in the same interview that he thought he behaved in a “not too intimidating” way. 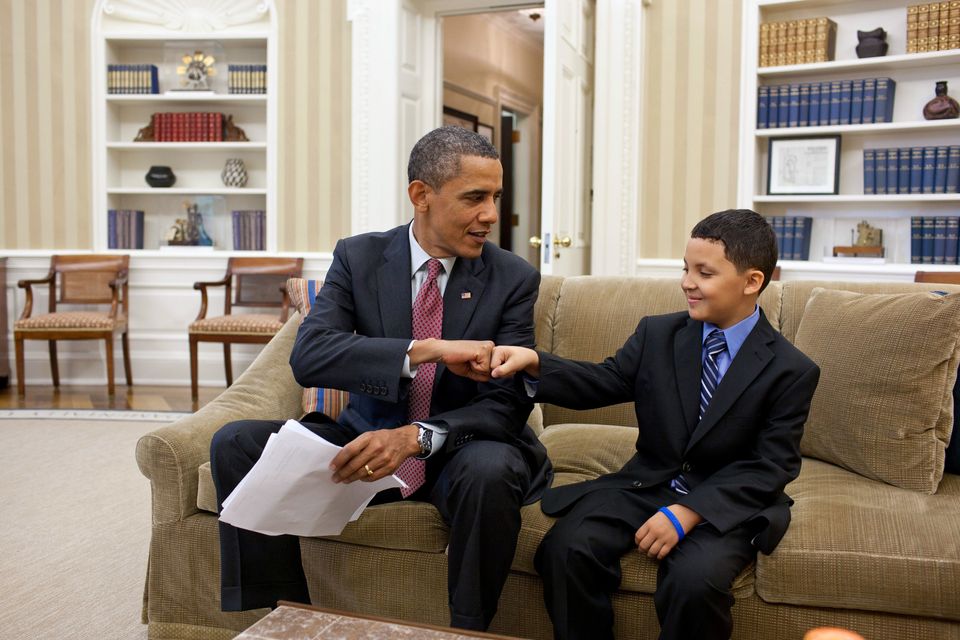