A small-town rodeo gained national attention after a rodeo clown made a racist joke about first lady Michelle Obama at the weekend event. The offensive remark had attendees demanding an apology.

On Saturday at the Creston Classic Rodeo in California, rodeo clown Mike Hayhurst of Barstow, Calif., joked about Michelle Obama being a National Geographic model, according to the San Luis Obispo Tribune. The paper reports that rodeo clown's offensive remark went something like this:

Playboy is offering Ann Romney $250,000 to pose in the magazine and the White House is upset about it because National Geographic only offered Michelle Obama $50 to pose for them.

The San Luis Obispo Tribune reports that Mike Barrett, who spoke on behalf of the rodeo’s nine-member board, said they are not responsible for the joke but will ask Hayhurst for a letter addressing the issue and offering an apology.

It was originally reported that the racist joke about Michelle Obama was made by the rodeo announcer Ed Kutz, according to CBS News.

The annual rodeo took place in the rural central coast region of California. The event attracts "cowboys and cowgirls from all over California as well as from other states," according to the Creston Classic Rodeo official website. "It is a community organized and staffed, three day event that carries on the tradition of the hard working pioneers that founded Creston."

Michelle Obama was the subject of another controversy last month.

An image of the first lady was superimposed onto the bare-breasted body of the black enslaved woman depicted in the 1800 “Portrait d’une négresse” by French artist Marie-Guillemine Benoist. The image was featured on the cover of Spanish magazine Fuera de Serie.

“By choosing to use such a jarring image to tell the story of how America’s first lady 'seduced the people of the United States' and 'stole the heart of Barack Obama,' as Fuera de Serie describes her,” wrote Brande Victorian of Madame Noire, “it’s clear the magazine agrees with that mentality and wants to spread the message loud and clear: todavía estamos esclavos. We are still slaves.” 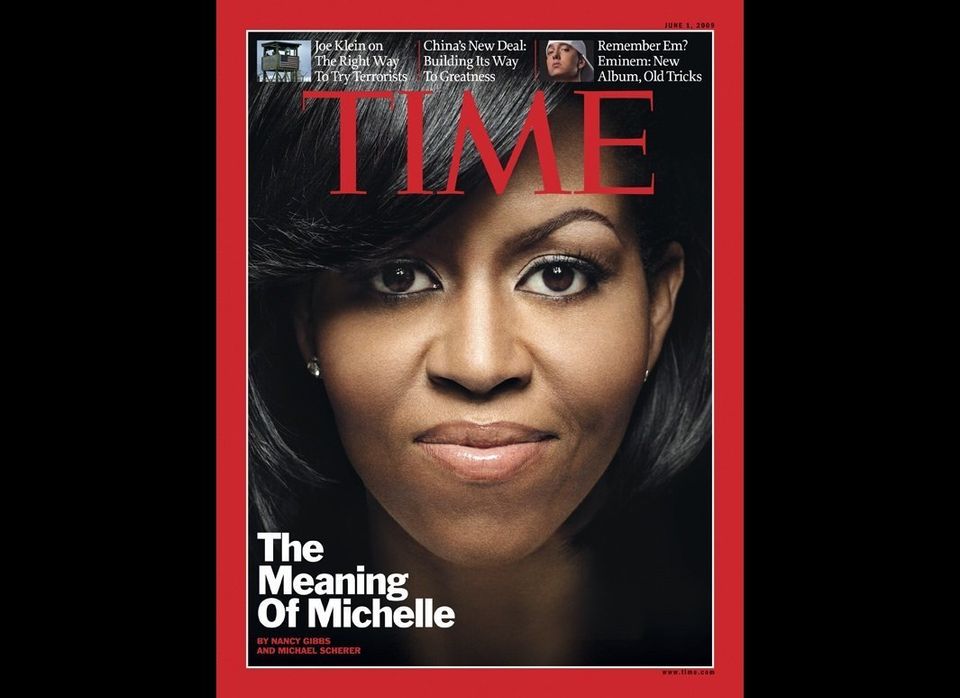