The Smithsonian’s National Portrait Gallery announced earlier this month that it had to move the painting because of its overwhelming popularity.

In a tweet, the Washington gallery said it was relocating her portrait, created by artist Amy Sherald, to the museum’s third floor in the 20th Century Americans exhibition. It was originally featured in the same exhibition on the gallery’s first floor.

Sherald, a Baltimore-based artist, portrayed Michelle Obama as “both confident and approachable,” while wearing a custom-made gown by the brand Milly, according to the National Portrait Gallery.

Obama is someone any “woman can relate to ― no matter what shape, size, race, or color,” the gallery quotes Sherald as saying. “We see our best selves in her.”

The Obamas’ portraits have drawn awestruck crowds to the Smithsonian’s Portrait Gallery ever since they were unveiled in February.

Both Sherald and Wiley have told HuffPost that their works examine black American identity while depicting their subjects in whimsical and colorful ways.

At the portraits’ unveiling, Michelle Obama said she hoped this image of her would inspire young girls and girls of color to pursue their highest dreams.

“I’m also thinking about all the young people ― particularly girls and girls of color ― who in years ahead will come to this place and they will look up and they will see an image of someone who looks like them hanging on the wall of this great American institution,” Obama said on Feb. 12.

And she was able to see this come true this month when a photo of a 2-year-old girl staring at her portrait in total awe went viral. Obama later arranged to meet the girl, Parker Curry.

“Parker, I’m so glad I had the chance to meet you today,” Obama wrote later on Instagram. “Keep on dreaming big for yourself...and maybe one day I’ll proudly look up at a portrait of you!” 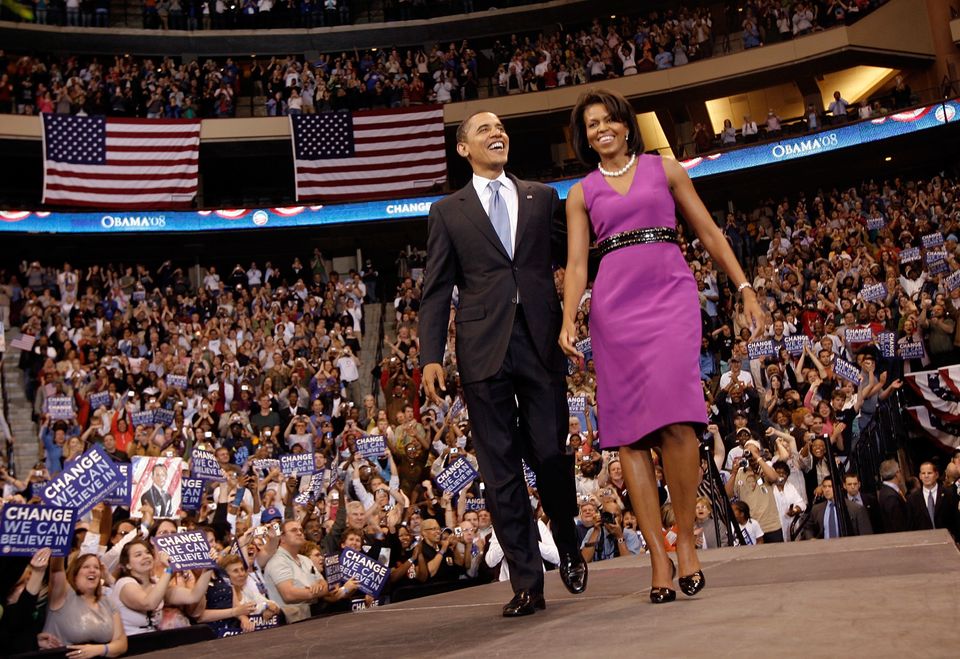 1 / 20
Maria Pinto, 2008
Michelle Obama supported her Chicago roots when she wore this brightly colored frock by Chicago-based designer Maria Pinto in 2008, when her husband was still a presidential hopeful.
Getty Images