As far as her wearing a sleeveless dress, Michelle Obama revives a bit of a retro in posing for her first official White House photo portrait. The only other First Lady to be photographed in sleeveless clothing for their official picture was the self-defined hostess, housekeeper and wife of a Republican president who reigned in the conservative Fifties -- Mamie Eisenhower.

Otherwise, the fuller length image, set in a distinct area of the White House (the Blue Room) is traditional, in line with those of Betty Ford on the Truman Balcony, Pat Nixon in the East Room, Nancy Reagan in the Red Room, and Lady Bird Johnson in front of the fountain on the South Lawn. Others (Jacqueline Kennedy, Rosalynn Carter, Barbara Bush, Hillary Clinton and Laura Bush) chose headshot portraits.

To those familiar with some First Lady history, there is something humorous in the current so-called "debate" about how much publicly-exposed skin is "socially acceptable" by First Ladies. Although currently driven by women's, celebrity and clothing media, it's been a debate since practically the start of the presidency.

When Dolley Madison (1809-1817) famously wore her low-cut dresses that showed off her shoulders and the top of her bosom, former First Lady Abigail Adams snidely remarked in a private letter that Mrs. Madison looked like "a nursing mother." There was a famous anecdote about Dolley Madison encountering an old friend who, like her, had been a Quaker, but left the faith. She looked at his head and saw him no longer in the large black hat that Quaker men traditionally wore (like the fellow on the Quaker Oats box). "Brother," she asked, "where is thy broadbrim?" He looked at her gown without sleeves or neck and with plunging neckline and quipped back. "Sister, where is thy kerchief?" 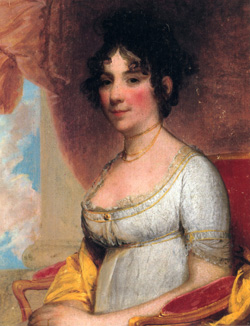 
Some forty-five years later, when Harriet Lane -- the niece and White House hostess of the bachelor President James Buchanan (and the first to be called "First Lady") popularized what was called the "low-neck lace bertha" it set off something of a popular style -- yet when her immediate successor Mary Lincoln wore shoulderless, armless dresses, she was criticized as "showing off her bosom." 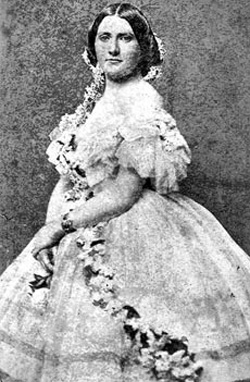 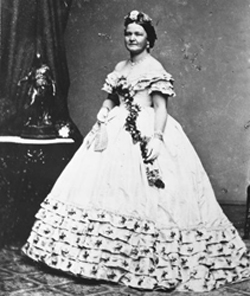 
Two years after Frances Cleveland (the 21-year-old who married President Cleveland in 1886) began wearing gowns without sleeves and showing off her shoulders shortly after her 1886 marriage, the Women's Christian Temperance Union circulated a petition two years later, pleading for her to cover up her skin because they claimed she was an immoral influence on young American girls. Nothing came of it and Frances kept baring her shouiders and arms, and women kept copying her.

In the Twenties, Florence Harding wore some evening gowns that bared her shoulders -- despite her being 60 years old -- keeping current with the vogue of the Jazz Age, but she also carried capes and wraps so she could cover up when she wanted to. Grace Coolidge frequently wore evening gowns in the flapper style -- without sleeves. She is wearing a sleeveless red dress in her White House portrait painted by Howard Chandler Christy. 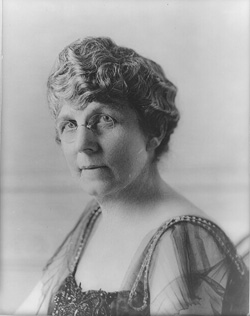 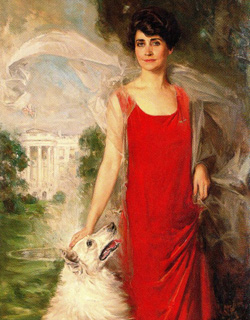 
Bess Truman and Mamie Eisenhower sported what was then called 'the new look" of the post-war era and frequently wore shoulderless and sleeveless evening gowns -- and received no criticism or even snide remarks, despite being in their late 50's and early 60's.

In fact, Mamie Eisenhower is the only 20th century First Lady who wore Inaugural gowns without sleeves or shoulders, both in 1953 (in her famous "Mamie Pink") and 1957 (in yellow/gold). Mamie Eisenhower also sported sleeveless gowns and daytime dresses at the end of her tenure, in the early Sixties, reflecting the newer look for women's clothes. Her successor Jackie Kennedy helped to widely popularize it. 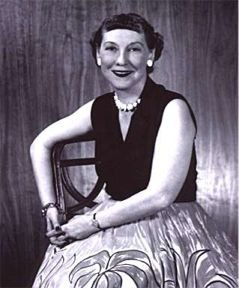 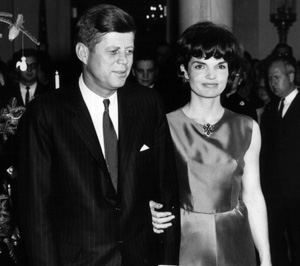 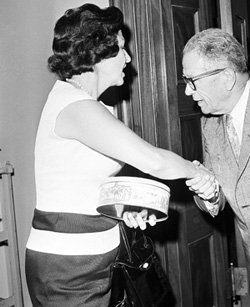 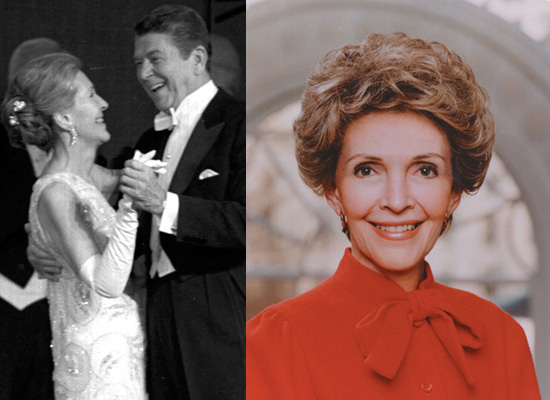