The First Lady's new Twitter handle, @FLOTUS (short for "First Lady Of The United States"), is, in a way, her first real foray onto Twitter. The handle @MichelleObama has existed for a while now, but it is run by staff members of the Obama 2012 campaign, not by Obama herself. @FLOTUS, in contrast, is "run by the Office of First Lady Michelle Obama," according to its description. On both account, tweets written by Obama herself are signed "-mo."

Michelle Obama currently follows 15 accounts, including @whitehouse, @VP (Joe Biden), and @USDA. Conspicuously absent from the list? @BarackObama. That account is run by members of the 2012 campaign as well, but it's still a little odd that Michelle doesn't follow her husband yet. The handle @POTUS does exist, but it is a private account that doesn't appear to be associated with the White House.

The First Lady's first and only tweet thus far reads:

The question is: Will Michelle Obama pass this account on to the next FLOTUS in 2016? Or better yet, will Twitter still be relevant enough in four years for the next First Lady to care? Only time will tell. 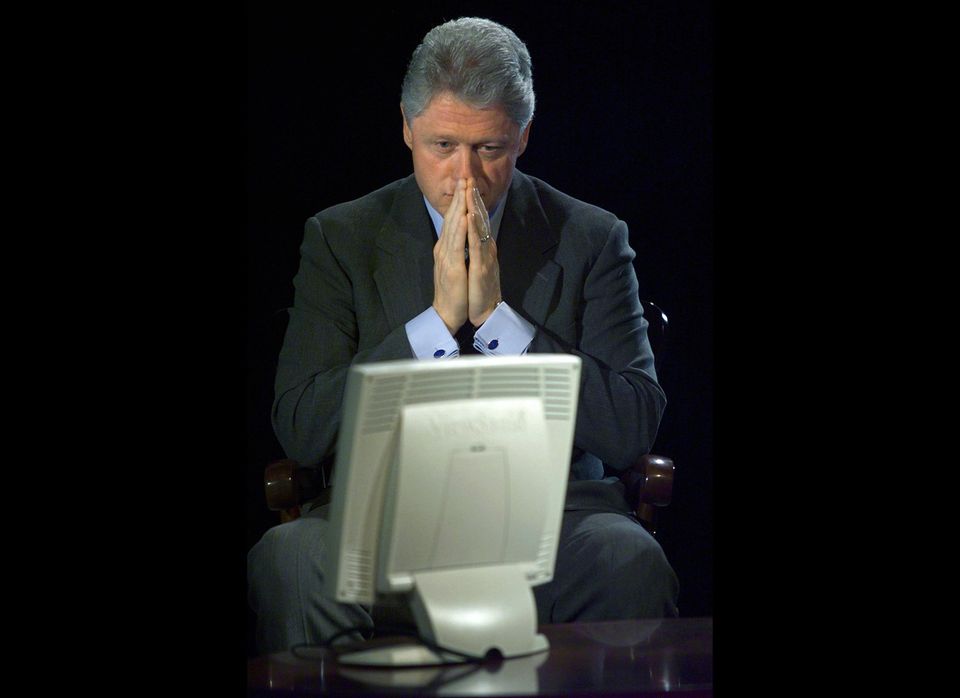 1 / 7
Bill Clinton, 1999
This may be the old-school version of Obama's Twitter Town Hall: Bill Clinton looks at questions during a Democratic Leadership Council/Excite On Line Town Hall Meeting, which was conducted "over the Internet" at George Washington University in late 1999.
PAUL J. RICHARDS/AFP/Getty Images