Sarah Palin is on the cover of Newsweek, but she's not happy about it. In an image taken from a Runner's World photo shoot, the former governor wears running shorts and sneakers. Palin blasted the selection in a Facebook note, writing "The Runner's World magazine one-page profile for which this photo was taken was all about health and fitness - a subject to which I am devoted and which is critically important to this nation. The out-of-context Newsweek approach is sexist and oh-so-expected by now."

The last time shorts made news like this was when first lady Michelle Obama sported them on-board Air Force One in August.

So whose shorts are more controversial? Michelle Obama's because she wore them on Air Force One or Sarah Palin's because the Newsweek editors put them on the cover? See the photos and weigh in below. 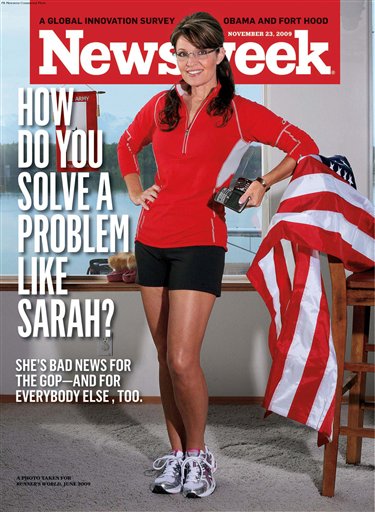 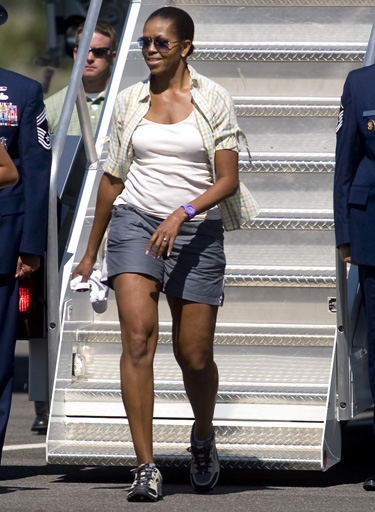