WASHINGTON -- It was only a matter of time before Michelle Obama's bangs became a Twitter handle. They are now a Twitter handle. In the proud tradition of @MlCHAELJ0RDAN, @ZooeySiri and @InvisibleObama, @MichellesBangs now exists.

We spoke with the person behind the bangs' new Twitter account, run by D.C. comic MK Paulsen, about what the bangs hope for, their "vessel"'s husband and the role of good hair. Staying in character, Paulsen answered all questions as the bangs themselves.

@MichellesBangs: It would be wiser to ask why does Twitter need Michelle Obama's bangs. But to put it in your terms, I will say that my message is of strength and endurance. America needs a strong figure right now and I don't think Hillary Clinton's headbands are up to the task.

HuffPost: How long do you plan to stick around? Your carrier is a fashion-forward female. Her hair style may change tomorrow.

@MichellesBangs: My vessel and I are content in our current arrangement. She is a strong woman that does not bend to the will of style but rather makes style bend to her will. We only look forward through the drapes of bangs that cover our eyes.

HuffPost: Are you afraid of scissors?

@MichellesBangs: No. We will be changing the game to Bangs, Paper, Scissors because Michelle Obama's bangs always beat scissors.

@MichellesBangs: No. My vessel is squarely Democratic. Michelle's bangs fully support Barack Obama. However, there are rumors that Zooey Deschanel's bangs voted Republican in the last election. Just sayin'.

HuffPost: What do you hope your vessel's husband accomplishes in his second term?

@MichellesBangs: I want to be clear that there is no second term...there are only the things that Michelle Obama's bangs allow to exist. But on a more temporal level, I hope he exiles @AnnaWintoursBob to France. And laughter.

HuffPost: Is there anything else you'd like to add?

@MichellesBangs: Yes, please be on the lookout for our next Twitter feed, @BoObamasBangs. A hot iron does wonders for a Portuguese water dog. 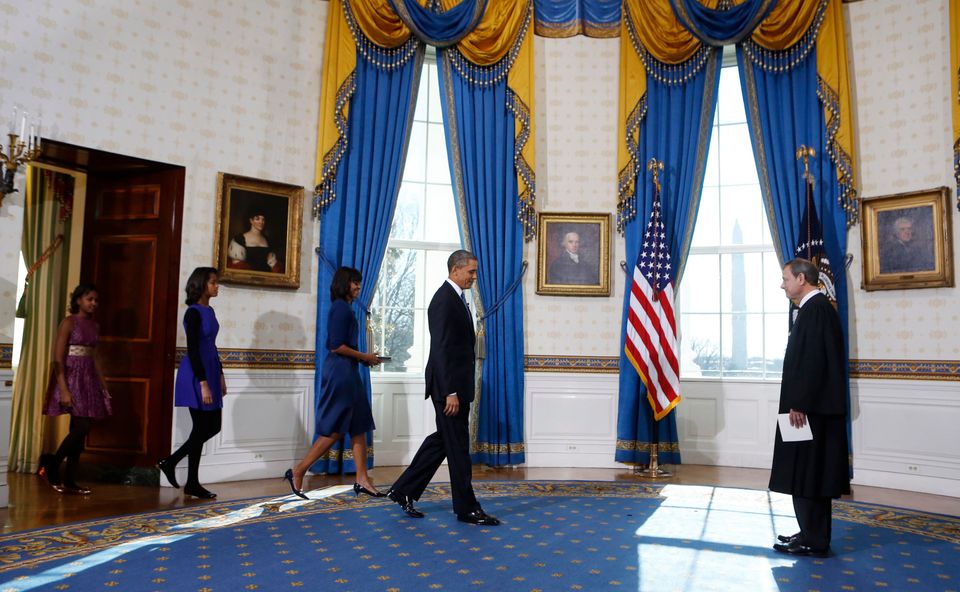